On the Mumbai Dabbawalla's Trail 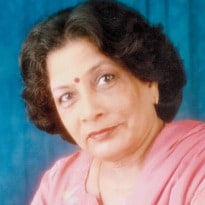 Shobha Bondre's translated title, Mumbai's Dabbawallas, gives an honest insight into the pulse of this ever-expanding city and its indigenous food line the Dabbawalla.

After the downpour of information regarding Mumbai's Dabbawallas, in the last few years, Shobha Bondre's translated version of Marathi title by Shalaka Walimbe, was recently released by Westland. Much like the simple dabbawalas, the narrative unassumingly weaves you in into a rich world of locale, people and most importantly, an ethos that is fundamentally basic to life. Succinct, straightforward and honest, the book is an endearing narrative that is divided between the famous Marathi author -- Shobha Bondre and the head of Nutan Mumbai Tiffin Box Suppliers -- Raghunath Medge. (In Picture: Shobha Bondre)

Bondre fills in, "The root cause of all things is to be sincere." By establishing that they have achieved a feat of world stature, she concludes.  She esteems Raghunath Medge's contribution tremendous, as he was able to manage the system when it was facing a breakdown after running flawlessly for 90 years till the 1980s. Their unique coding system on the top of each tiffin, the idea of a cooperative, and strict discipline was possible because of Raghunath Medge. Looking at their state today, Bondre says, " We measure the success in terms of money. This is today's thing. They are happy with what they are doing. They do their job very well, which is a very different type of thought, which all should remember."
Mumbai's Dabbawalla, Shobha Bondre, Westland, Rs 250. Available at leading bookstores.

Bondre relates a very unusual anecdote that she got to know of through Gangaram Talekar (a dabbawala), "An IT engineer much like the many people who had entered the dabbawala's office came to them to learn the in-and-outs of this business. Gradually, the person started helping them in giving lectures and prepared presentations for them. Suddenly, he disappeared, created a website and started posing as a dabbawala and gave lectures all over the world. After earning thousands and thousands, the police finally caught hold of him."