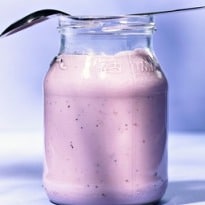 The market for pills and yoghurts containing 'friendly' bacteria is worth $28bn, but do claims for them stack up? Can they really alter our gut flora? And are we healthier if they do? You may find the answers surprising.

The chances are, you think you are an individual. Within a few social, economic and legal constraints, you probably see yourself as pretty autonomous. The reality, however, is that you are more of an ecosystem than an individual. There are 10 times more microbial cells in your body than human ones.

In recent years, scientists have developed a greater understanding of the important roles played by the 100tn or so bugs the average person carries. After decades of focusing on how to kill bacteria with soap and antibiotics, we are coming round to a more nuanced appreciation of the symbiotic relationship we have with them. While some can make us sick, others help to break down the nutrients in our food, teach our immune systems to recognise enemies, fight off food poisoning and even produce chemicals that determine our moods.

As our knowledge of the importance of the microbes in our bodies grows, the big question is whether it is possible to give our gut flora a helping hand. In fact, it is the $28.8bn question -the projected global value of the probiotics market for next year. The ads are certainly seductive. All that harm from takeaways, boozy nights and work stress can be put right with a daily dose of live bacteria. But do probiotics have real health benefits?

Studies have documented that people with a wide range of diseases including Parkinson's, Alzheimer's, type 2 diabetes and cardiovascular disease have different gut flora from those of healthy people, but it can be hard to tell whether this is a cause or a consequence of the illness. Microorganisms play important roles in regulating immune system responses, and can therefore affect the chances of people developing auto-immune diseases such as multiple sclerosis, inflammatory bowel disease, irritable bowel syndrome and allergies. Numerous studies, including one published last year by Swedish scientists, show that babies born by caesarean have lower levels of good bacteria and chemical imbalances in the immune system that make them more susceptible to allergies and eczema.

Research also suggests that healthy gut bugs can improve the effectiveness of some cancer therapies. In a study published last year, Professor Laurence Zitvogel, of the Gustave Roussy Institute in France, gave cyclophosphamide, an anti-cancer drug, to mice with skin cancer and sarcoma. The drug made the lining of the mice's small intestines porous, allowing gut bacteria to escape and encourage immature immune cells to develop into T-cells capable of attacking tumours.

Those who have had "gut-wrenching" experiences or butterflies won't be surprised to hear that there are also strong connections between the gut and the brain. Gut bacteria produce neurochemicals such as serotonin and dopamine that regulate basic psychological processes and mental states. Altering the balance between beneficial and disease-causing bacteria can change the brain chemistry of animals in ways that can make them either bolder or more anxious.

Of course, understanding that gut microbes have major influences on health does not necessarily mean we can do anything about it. "Working out potential effects involves doing large, long-term population studies, and that's expensive and difficult," says Kristian Bravin, a spokesman for the British Dietetic Association.

The best evidence to support the use of probiotics is for reducing cases of infectious diarrhoea, especially that associated with the use of antibiotics. Around 30% of patients given antibiotics get diarrhoea, with potentially serious symptoms. When scientists at the California-based Rand research organisation combined the results of 63 studies, they found people who took probiotics alongside antibiotics almost halved their risk of diarrhoea. There is also good research supporting the use of probiotics to treat ulcerative colitis and pouchitis, a complication patients can suffer following surgery.

When it comes to mundane colds and respiratory infections, the evidence is mixed. A German study published in 2006 did find probiotics shortened the average duration of cold symptoms from nine to seven days and reduced their severity, but had no effect on incidence. However, a Cochrane review, combining the results of 10 studies, found those given probiotics were 8% less likely to get colds, but that probiotics had little effect on symptom severity.

There is little convincing evidence to support the many other health claims made for probiotics, such as helping with weight loss, lowering blood pressure and cholesterol, and preventing or alleviating skin conditions, urinary tract infections, anxiety and depression.

The idea behind probiotics is to increase levels of beneficial bacteria, but another approach is to help those already there. That is what prebiotic supplementation is for. Prebiotics are non-digestible carbohydrates that provide food for friendly bacteria. Food sources include beans, garlic, onions and leeks, but they are also added as supplements to food, and increasingly to formula milk for babies. Last year, a large study found no evidence that putting prebiotics in baby formula prevents babies getting asthma or hives, but did find some evidence that they could reduce the chances of developing eczema.

Hundreds of applications to make health claims for probiotic products have been rejected by the European Food Standards Authority in recent years on the grounds of lack of conclusive evidence, though some scientists believe this is more to do with faults in the claims process than lack of evidence. Others are sceptical that probiotic products containing a few million live bacteria can even survive exposure to gastric acid in the stomach.

"If someone is buying a probiotic," says Bravin, "I'd say go for good-quality live yoghurts, consume them every day, and select those that contains several different species of bacteria. And ideally it should be something with a prebiotic as well."

Probiotics: do beneficial bacteria live up to the hype? Photograph: Alamy