The Hipster Food Glossary: From French Dip to Burnt Ends 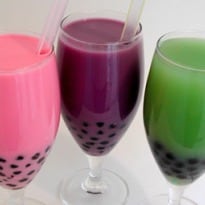 All the newest, and dirtiest, culinary fashions explained in our simple guide.

Food, food, confusing food: in 2012, it evolved faster than ever, trendy ingredients, dishes and kit crossing over with such speed, it was almost impossible to keep up. One minute, you're just getting your head around burritos as the new fast food du jour, the next M&S are selling sliders in their party food boxes. What are sliders? Why did no one tell you? We sympathise. Which is why we've compiled this handy, instant food-hipster glossary.

Mini-burgers, as that nice man off Spooks explains on the M&S advert. First imported from New York, as most things are, by Soho restaurateur Russell Norman. Like the three-thirds-of-a-pint beer "tasting stick" - you've seen one of those, surely? - this is either a great way to taste several different burgers at once, or a ploy to make us pay over-the-odds for miniscule meat patties.

Korean fermented cabbage, which, in its fizzing acidity, has recently been retooled as a burger topping. Find it nestled on a (firm, glossy, unsweetened brioche) bun at London's Hawksmoor or at street-food stars, Kimchi Cult.

Not a euphemism for a sexual peccadillo (see also, pulled pork), but an LA export gaining a foothold in London. And little wonder. We're talking a meat sandwich (roast beef, burger, braised rib meat) served with a pot of gravy on the side for dunking. Which defines ...

Kind of South American fish carpaccio. Raw seafood "cooked" in a marinade of tiger's milk (leche de tigre, usually a mix of lime, chilli, salt), which, thanks to London restaurants such as Lima and Ceviche, is establishing itself here. Today Peru, tomorrow Peterborough.

Butter beaten to within an inch of its sorry life to give it an unpleasant aerosol-cream lightness. Curiously popular. Among chefs, anyway.

Not to be confused with "frothy coffee". This is iced, flavoured Taiwanese tea full of chewy tapioca "bubbles". Yes, bubbles. However, after much hype about a year ago, the bubble seems to have gone a bit flat. Is tapioca still too closely associated in the British psyche with frog spawn? Quite possibly.

American English claims to simplify and democratise the language. Explain, then, mac'n'cheese: which has nothing to do with Big Macs, or two separate food items, but is simply a big, brash JR Ewing take on something we already had a name for: macaroni cheese. Mac'n'cheese may be more colorful (sorry, colourful) but is also confusing.

For BBQ connoisseurs who love bark (that charred layer of rub and sugary mopping baste that builds up on slowly smoked meats), cuts from brisket's pointed, "burned" end are king. If fatty, they're served by themselves. If not, they're served in a sauce or used to flavour things such as baked beans. Try them at Bodean's smokehouse in London.