Trying to Make the Nation's Food System Safer in 2016 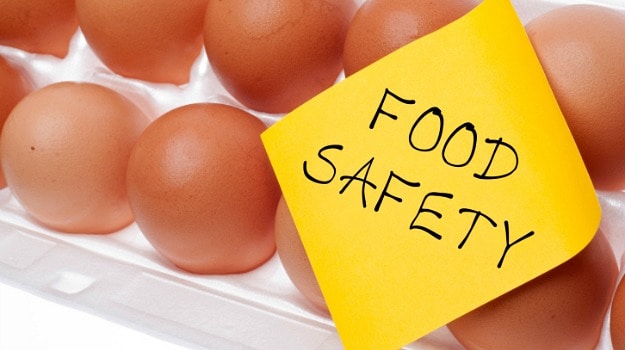 U.S. consumers could be forgiven for wondering about the state of the nation's food safety system.

Ice cream giant Blue Bell Creameries issued a nationwide recall last year after its products were linked to a listeria outbreak that hospitalized nearly a dozen people and contributed to three deaths. A salmonella outbreak involving cucumbers imported from Mexico sickened more than 800 people and killed four. In the fall, tainted chicken salad from Costco sickened 19 people across seven states. And Chipotle has taken a beating for a series of E. coli outbreaks from Massachusetts to California that have left scores of people ill.

The stomach-churning headlines around those events and other multi-state outbreaks during 2015, involving everything from cheese to pork, can be hard to square with some public health officials' optimism that the nation's food supply is getting safer. Are we really getting better at preventing foodborne illnesses, which according to the Centers for Disease Control and Prevention sicken about 48 million Americans each year and kill roughly 3,000? Are there signs of improvement?

The answers are a definitive . . . maybe.

According to the latest CDC analysis, there were 120 multi-state outbreaks involving foodborne illnesses between 2010 and 2014 - an average of one about every two weeks. The outbreaks affected every state, leading to at least 66 deaths and 1,460 hospitalizations. The culprits included a wide range of foods, from dairy products to fruits to vegetables.

But the prevalence of outbreaks doesn't necessarily mean that more people are getting sick, said Sandra Eskin, director of food safety for the Pew Charitable Trusts.

"One of the reasons we seem to be seeing more outbreaks is we have the technology that allows us to be able to detect them" better than in the past, Eskin said, referring to technologies such as whole genome sequencing that can help link pathogens to their source. "And every time there's an outbreak, it's an opportunity to look and say, 'What can we do better?'"

The best hope for meaningful improvements might lie in a five-year-old food safety law, which the Food and Drug Administration only recently began translating into actual regulations. The agency in 2015 started putting in place major pieces of the law, which is aimed at making the nation's food safety system more proactive, rather than merely reacting to outbreaks after they occur. The measures include ensuring that U.S. food manufacturers have detailed plans to prevent possible contamination risks in their production facilities, establishing new standards for growing and packing produce and requiring U.S. importers to verify the safety of their foreign suppliers.

Perhaps most significant, the massive federal spending bill that Congress passed last month included more than $100 million for FDA to train inspectors, educate small farmers and food manufacturers about the new rules and team with state officials who will help enforce them. That funding had been far from a certainty earlier in the year.

"It's a significant step forward, and it allows us to maintain momentum," Michael Taylor, the agency's top food safety official, said in an interview. "[The new law] really can't be successful if it's implemented piecemeal. . . . If we wouldn't have gotten that budget request, the whole system could have just sort of fallen off the rails. It's a holistic system of prevention."

The impact that FDA's effort will make over the coming year is difficult to predict. Many of the new regulations don't kick in until 2017 or beyond, depending in part on the size of a particular farm or food company. But the earliest compliance dates arrive toward the end of 2016, and experts expect that many companies will start complying well ahead of the government's deadlines, if they aren't already. That makes Taylor confident in the long-term prospects of a safer system.

"The reason we're doing this is to reduce the number of outbreaks and the number of illnesses," he said. "Fewer people will get sick. That's the whole purpose of this. . . . It will make a difference, but it will be over time."

Seattle food safety attorney Bill Marler agrees that the new rules eventually should lead to a safer food supply. But more is needed to prevent the kind of "old-fashioned outbreak linked to restaurants" that sicken many Americans annually, he warns. "Those things can be just as devastating as a supply-chain problem," he said, pointing to examples from across the country of restaurant outbreaks that caused hundreds of illnesses during 2015.

Last year also saw former peanut executive Stewart Parnell sentenced to nearly 30 years in prison for his role in a nationwide salmonella outbreak in 2008 and 2009 that killed nine people. Though federal officials had recommended Parnell receive a life sentence, his sentence marked the harshest punishment in history for a food-related crime.

Marler said that the stiff sentence for Parnell, who had been found guilty of more than 70 criminal charges, including knowingly shipping tainted food across state lines, conspiracy and wire fraud, could serve as a deterrent to any bad actors who are tempted to cut corners on food safety in the years ahead.

"I don't think you can discount that [case] for sending a pretty strong message to the food industry," he said. "The message is: This can happen to you."