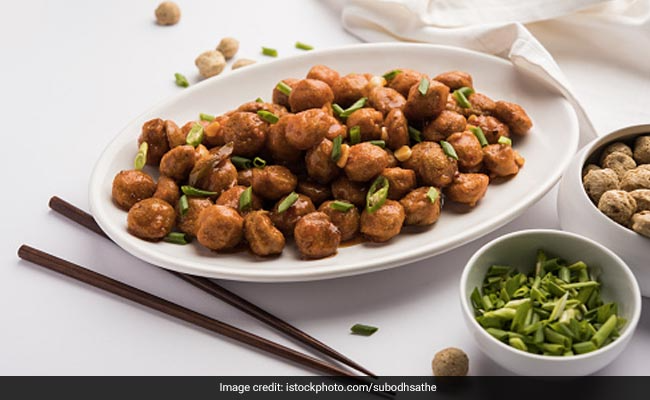 with so many nutritional benefits of soya bean- trying the soya 65 is worth a shot. This recipe is prepared with fried soya chunks and a tasty blend of spices; find the recipe below.

HideShow Media
1.
Boil some soya chunks and then squeeze out excess water. Now fry them by corn flour.
2.
Now, in a separate pan add some oil, throw in the fried soya chunks.
3.
To this add red chilli powder, pepper, soy sauce, chilli sauce, little vinegar and salt as per taste and mix well. Make sure all the chunks are covered with the sauces.
4.
Now add roughly chopped onions and capsicum. Stir again.
5.
Garnish with green onions and serve.