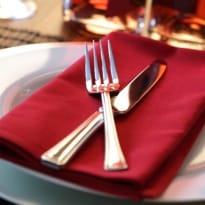 Amsterdam Kitchen and Bar, a newly opened restaurant here, has taken inspiration from Amsterdam's De Wallen area that is considered as "the most famous red-light district in the world".

"A memorable trip with friends where I went all over Europe, included Amsterdam. The place which took me by surprise was the infamous De Wallen, the most famous red-light district in the world," Sanuj Birla, owner, Amsterdam Kitchen and Bar told IANS.

"At first I was sceptical about going there but when we went there we realized that its not just a sleazy red-light area but it's a famous tourist destination full of hustle and bustle, small coffee shops and restaurants. It was a melting pot of European cuisine and that's where I thought that why can't we have a place similar to this in Delhi which can be a feast to the eyes and the stomach," he added.

The owners have tried to recreate the ambience of red light with the help of virtual LED screens which project virtual women coming out from behind the curtains and teasing guests.

Promoted
Listen to the latest songs, only on JioSaavn.com
Some of the special features of the restaurant are Dutch hand painted ceramics, the virtual show doors and windows replicating the red-light district, the street lamps and the wooden clog wall.

"The wooden clog wall is a unique concept where every guest who celebrates his/her birthday gets the famous souvenir wooden shoe to scribble on and we put it back on the wall as an everlasting memory. This adds as a fun interior to my restaurant," said Birla.

Dastarkhwan-E-Awadh: A Celebration Of Awadhi Flavours At Elan, The Lodhi
Whisky Samba Is Back! Here's Why Gurgaon's Favourite Bar Is A Must-Visit