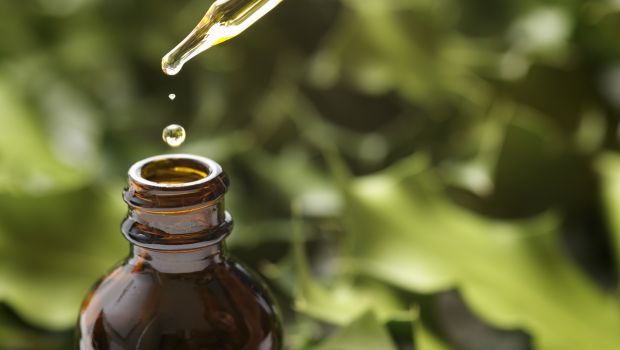 Highlights
Hydrogen peroxide has a long standing reputation of being the only germicidal agent composed of oxygen and water, which has innumerable uses and benefits. It acts as a cleansing agent and a disinfectant, and is easily available for cleaning purposes. It also makes a brilliant substitute for bleach. Considered as one of the safest and effective natural sanitisers, the type of hydrogen peroxide that is available in grocery stores is usually a three percent concentration, while the remaining percentage is water. But did you know it is also used for various beauty regimes including hair, skin,teeth and ears? We are to tell you some of its amazing uses for various beauty regimes that you might want to consider some time soon.

Depending on your skin, dry or oily, you can see if it suits your type, otherwise it may cause unnecessary irritation and sting. Hydrogen peroxide is majorly used for skin lightening and acne. It also acts as a disinfectant and antiseptic for the skin to prevent any infection caused by minor cuts, bruises or burns. It works by releasing oxygen on the affected area. The release of oxygen causes foaming that helps to remove the dead skin cells and clean the area, hence clearing acne scars. According to beauty expert Shantanu Jha, CEO, Zooty Beauty App, hydrogen peroxide eliminates skin discoloration, age spots, blemishes and scars. If used with necessary precautions, the chemical can prove to be wonderful, especially in procuring a lighter skin tone.

It is generally used for hair lightening as it consists of bleaching agents. Shantanu says, "Hydrogen peroxide will take care of any free radicals or germs in your hair, but not without taking your hair’s natural oils with them. Therefore, it is advisable to use it every six weeks and after use, ensure to take deep conditioning treatments to retain the natural shine of your hair. A mix of baking soda and hydrogen peroxide should lift the colour of your strands and the mixture will also dilute the harmful effects of hydrogen peroxide.

Hydrogen peroxide improves your oral health and helps maintain oral hygiene. and bring about teeth whitening. Rinse your mouth with diluted form of H2O2 and make sure you do not ingest it as it may cause harm. H2O2, being highly reactive in nature, can pass through your tooth’s enamel and react with the dentin (tissue layer of the enamel) and the pulp part of your teeth as a result of its overuse.

Hydrogen peroxide is used for removing earwax. Earwax is the outer part of the ear that prevents dust or any other particle from entering the ear, further preventing severe infections. However, excess wax accumulation can lead to discomfort and itching in the ear. Hydrogen peroxide is the best way to remove earwax. Do not use this treatment in case of any perforation in the internal parts of the ear.

Promoted
Listen to the latest songs, only on JioSaavn.com
As per Shantanu, H2O2 is known to lighten yellow nails and bring them back to their natural, healthy state. Simply rub a soaked cotton ball over your nails and see the difference. It also helps in preventing any formation of nail fungus. Hydrogen peroxide uses the oxidative therapy, destroying the fungus formed on the nails by increasing the oxygen levels.

As you soak your feet in hydrogen peroxide with water, it helps in softening calluses and cracked heels. If you have any foot fungus, H2O2 can easily help in getting rid of it. Do remember, not to use the solution while you have an open wound as it may cause burning sensation and irritation on the skin.

CommentsHydrogen peroxide is a strong oxidiser and is used abundantly. However, it shouldn’t be ingested by any means. It can be a skin and eye irritant if you are allergic to it. Overuse of anything is bad for your health; similarly, excess usage of hydrogen peroxide is bad and may put your health at risk. According to Shantanu, regular usage can result in killing your skin cells, making it dry, rough and flaky. Therefore, it is recommended to first refer to your beauty expert or skin specialist before applying it anywhere to avoid side effects.

Want Radiant, Clear Skin? This Coriander And Lemon Juice May Help
Post-Lockdown Skin Care: 15 Foods To Include In Your Diet For A Healthy Skin