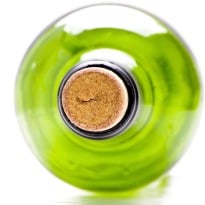 A well- preserved 200-year-old bottle carrying either vodka or gin was found at a shipwreck in Baltic Sea, close to the Polish coast. The bottle dates back to 1806-30 and was manufactured in Ranschbach, Germany, a town located about 40 km away from the springs of "Selters" water.

Preliminary tests revealed the bottle contains a 14 percent alcohol distillate, which may be vodka or a type of gin called jenever - most likely diluted with water.

Promoted
Listen to the latest songs, only on JioSaavn.com
"The chemical composition of the alcohol corresponds to that of the original brand of 'Selters' water that is engraved on the bottle," archaeologists said. The "Selters" water was the high-quality carbonated water from the Taunus Mountains area in Germany.

"The alcohol is drinkable. This means it would not cause poisoning. Apparently, however, it does not smell particularly good," Tomasz Bednarz, an underwater archaeologist at the National Maritime Museum in Poland, was quoted as saying.