Flaming Cocktails: Will You Dare to Gulp Down Fire? 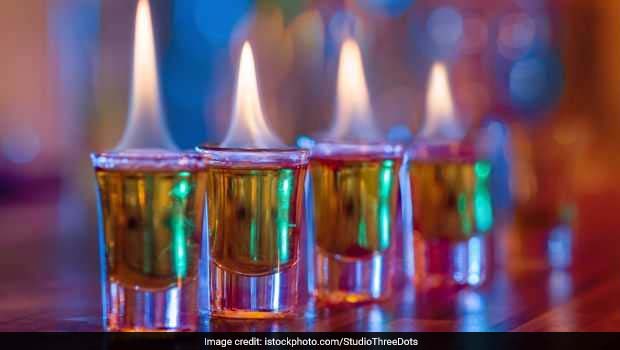 Highlights
The advent of flaming cocktails has the set the 'bar' high in the world of mixology. Who would have thought of combining alcohol with fire? Flaming cocktails like the Flaming Lamborghini, B-52 and Eye in the Sky have couple of flammable liquors which are ignited while serving the cocktail to add some drama and also give them a toasty flavour. You may think of it as the latest trend but flaming cocktails have a hazy history clinging to them.

The exact origin of flaming cocktails is unknown; however, it is believed that it was around 1800s when alcohol was experimented with fire. It seemed to be a traditional practice. One of the stories was that initially bartenders used an iron poker which was heated up and dipped into the drinks to make cold beverages hot and eventually started igniting the drinks to make an interesting show. While others believe that somewhere in the United Kingdom, people played a game called Snapdragon, where raisins were placed in a bowl of brandy that was then set on fire and participants had to pluck the raisins out one by one and eat them. The difficult part was to smell and eat them. The smell was so strong that you couldn't eat them; therefore the one who ate all of them was the winner. According to another interesting tale attached to flaming cocktails is that they were usually enjoyed in Germany on Christmas Eve and the popular drink used to be the flame punch known as Feuerzangenbowle. It had a rum-soaked sugar loaf suspended above the wine glass and it was set alight just before serving.

The advent of flaming cocktails has set the ‘bar’ high Photo Credit: iStock/MaximFesenko

What type of alcohol is used in flaming cocktails?

According to Mixologist Dhanashree Kirdat Punekar, various liquors and combinations are used in flaming cocktails. Any cocktail with at least 40 percent or more alcohol content can be ignited. In order to produce a steady flame, you would require to at least 50 percent of alcohol content. Some of the common types of alcohol used in flaming cocktails are vodka, brandy, tequila and whiskey.

What is the right technique to set your drink on fire?

Mixologist Dhanashrees shares, "You can easily flame your cocktails at home, however it is imperative to be very careful. One must use a lighter to flame the alcohol. The technique usually is to pour the alcohol into a long stemmed glass, heat the glass a little first, tilt it and slowly light the alcohol. Using wind-proof lighters are usually recommended for safety. Ensure that you don't flame your cocktails in front of direct air."

15 ml Irish whiskey with a cream based liqueur