Remove the unwanted occasional bitterness from the summer cucumber with these simple steps and we bet you would want to try all of them out! 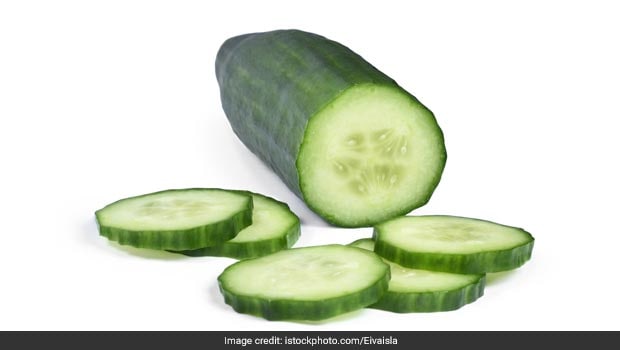 Don't you hate it when you bite into a bitter cucumber? This refreshing summer vegetable may look perfect for a salad or a snack, but can be deceiving as far as taste is concerned if proper care is not taken. A bite of bitter cucumber can ruin your appetite and how! Cucumber is a super healthy food ingredient belonging to the gourd family, with high water composition along with numerous minerals, vitamins and electrolytes. Known for being a classic cooling food, cucumber also helps in maintaining body's water balance in this scorching heat. According to the book Healing Foods by DK Publishing House, the seeds and skin of the cucumber make an exceptional source of silicon, chlorophyll and bitter chemicals that aid digestion. The skin also contains the highest concentration of cholesterol lowering sterols.

What Makes the Cucumber Bitter?

One of the reasons that makes a cucumber bitter is that it belongs to the cucurbitaceous family. These plants naturally produce chemicals known as cucurbitacins, which are the main cause of making the cucumber bitter. The presence of large amount of cucurbitacins can make a person sick. The other reason, which is not genetic, is the environmental effect. The cucumber plants grown with unsteady watering schedules and left over-heated or not fertilized properly can definitely produce a bitter vegetable. The extreme fluctuation of temperatures may also be one of the reasons.

How to Remove the Bitterness from the Cucumber?

Here are some methods to help -

This is one of the most popular and commonly used methods to remove the bitterness of cucumber. All you need to do is thinly cut off the last part of the stem or blossom end of the cucumber and with that piece rub the end of the cucumber in a circular motion. While you do this, a white foam-like substance will emerge from the inside of the cucumber. This is the cucuritacin, which causes bitterness in it. Repeat the process on the other end by cutting the edge of the stem. Once you are done, wash the cucumber with water. You can definitely feel the difference.

The salting technique is not very popular; however, it is believed that it works wonders. Cut the cucumber into two halves lengthwise. Sprinkle some salt on both the halves from where they were cut open and rub them against each other. You will see the white foamy substance appearing on both the halves. Repeat the procedure two-three times before washing it off with water.

The fork furrow method is an easy method; all you need to do is cut the ends of the cucumber and peel off the skin. Before slicing it, take a fork and run its tines up and down lengthwise till the cucumber is covered with fork furrows. This is done to release the chemical compound in the cucumber. After repeating it for two times, wash it once before consuming.

Cucumber can be rid of bitterness with this simple hack.

These methods do not completely guarantee to make your cucumber bitterness-free; however, these age-old procedures have helped remove the bitterness somewhat. Do let us know if you have tried all these methods. Also, tell us if you any other ways to eliminate bitterness from cucumber.