Indian food and spices go hand in hand. In addition to adding flavour to the food, these spices could do wonders for your bulging tummy too. 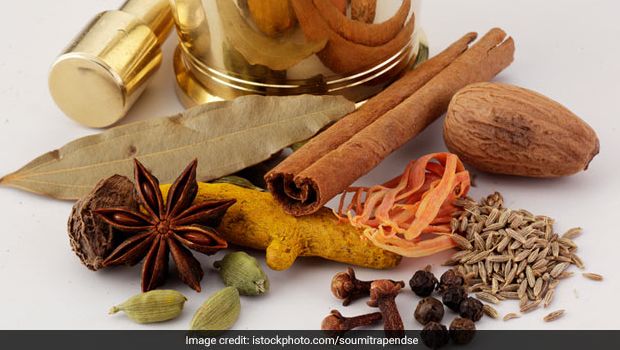 Beyond flavour and taste, Indian spices are used for various other health benefits too.

Indian food and spices go hand in hand. Not only in curries, stews and biryanis, we have them in our desserts and beverages too! (Read: mirchi ka halwa and haldi doodh). In the ancient times, India attracted traders from remote parts of the world in search of exotic spices. Many of these traders went back with their share, while some even settled down and brought in some of their home-grown spices. Such is the role of spices in Indian culture. Beyond flavour and taste, these spices are used for various other benefits too. Turmeric has long been known to have medicinal and antiseptic properties. Some of these spices can also aid weight loss by curbing appetite.

Here are some spices for your weight loss journey.

This fiery hot spice is absorbed quickly by the stomach and suppresses hunger. Capsaicin, the active ingredient found in cayenne pepper, red chilli peppers and jalapenos may lower bad cholesterol (also known as LDL), thus improving heart health. The capsaicin present in the pepper has thermogenic effects which can help burn fat.

Cinnamon is obtained from the tree species known as Cinnamomum. It is packed with antioxidants and anti-inflammatory properties. One of the most renowned qualities of this tree spice is its role in effective weight loss. Cinnamon can naturally supress hunger. Dr Anju Sood, a renowned Bengaluru-based nutritionist, states "Cinnamon increases one's metabolic rate. It is essential to note how this works. It is a stimulator of insulin and makes it active, which in turn helps sugar to metabolise. Often, when an individual puts on weight, it is because his/her insulin becomes resistant. This does not make him/her diabetic, but it simply means that the insulin does not metabolise. The consequence of this is that sugar too does not get metabolised to its required quantum and is converted into fat. Cinnamon helps to break these links."

Fennel or saunf is a natural diuretic and also known to suppress hunger. Apart from being rich in vitamins like A, C and D, fennel tea has many antioxidant properties which help in improving the digestive functioning. A better digestion automatically paves way for a healthy weight loss.

Fennel or saunf is a natural diuretic and also known to suppress hunger.​ Photo Credit: iStock

Fenugreek can help suppress food cravings because of its natural fibre content. Fibre makes you feel full, thereby stopping you from bingeing. According to the book, 'Healing Foods' by DK Publishing, "The seeds are a good source of mucilaginous (gum-like) fibre that soothes and protects the digestive tract from free-radical damage. Fenugreek can also help boost the metabolism and is a traditional remedy for stimulating the production of breastmilk."

A handful of this aromatic spice may help you shed a pound or two. According to the book 'Healing Foods', "An effective digestive stimulant and diuretic cardamom boosts metabolism and helps the body burn fat more efficiently." You can add some to your morning tea or just chew into two-three pods for best results.

This hot and earthy spice can do much more than just adding flavours to your food. Macrobiotic Nutritionist and Health Practitioner Shilpa Arora ND says, "Black pepper contains piperine, a compound that enhances metabolic performance and suppresses fat accumulation in the body. Black pepper tea works very well in managing obesity. Black pepper also helps in the absorption of nutrients in the body. It helps strengthen immunity and fights against infections too."

CommentsWhile these spices are quite helpful in suppressing hunger, that doesn't mean you go overboard with them. Make wise decisions and lose weight naturally.