Dishes from Chennai's British Era gentleman's clubs date back to the 19th Century. Here are some of the favourites. 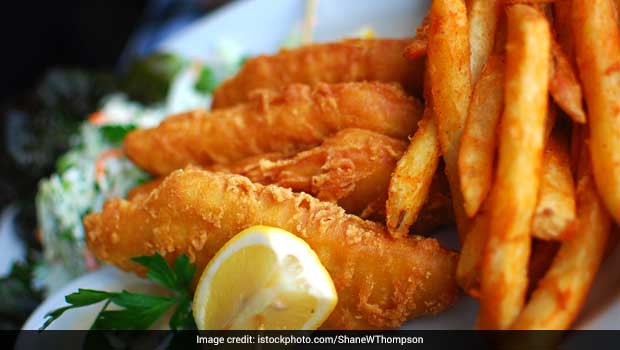 A year ago, I checked out Sandpit, The Clubhouse at the ITC Grand Bharat after a long afternoon on the golf course. This clubhouse likes to call itself the club of clubs. Sandpit rounds up Club Specials from across the country. From the Willingdon Club Mumbai's Eggs Kejriwal to Delhi Gymkhana's Club Sandwich, the menu has dishes that have survived the test of time. Also on this long list are dishes from Chennai's British Era gentleman's clubs that date to the 19th Century. Call it Anglo Indian food or Raj Era cuisine, this unique blend of Western food with the occasional local tweak was probably India's first fusion cuisine. It evolved in the dak bungalows, railway kitchens (a far cry from the Indian Railways food of today), army canteens and gentleman's clubs.

Colonial era hotels like The Vivanta by Taj - Connemara, Chennai and the Taj Westend, Bengaluru have tried to keep the interest around this cuisine but it's the clubs that continue to keep these Raj era dishes alive. In Chennai, the menus at the Madras Club (founded in 1832) and the Madras Gymkhana Club might have changed over the years to include Chinese and Indian cuisine but a few 'Club signatures' still remain. For many members, this is one of the last links with the clubs' glorious past. These dishes are also in many ways a part of Chennai's food culture that has evolved with influences from settlers over centuries who now call Chennai home.

Fish and chips: A favourite at the Madras Gymkhana club. Old timers will tell you that this dish hasn't changed much over the years. The recipe continues to use Seer fish even as Bassa fish seems to have invaded most restaurant kitchens.

A favourite at the Madras Gymkhana club; Image credit: Istock

Club sandwiches: Clubs like the Madras Gymkhana still run their own bakery and the sandwiches here keep things remarkably simple - white bread, generous quantities of butter slathered between the bread and chicken or cheese between these buttery breads. Your dietitian wouldn't approve though!

Club Soups: whether it's the cream of tomato or the cream of almond soup, these soups are distinctly creamier than the tomato soup versions or mixed vegetable soups served in restaurants. The tomato soup for instance almost wears a light orange hue thanks to all the butter and cream. The mulligatawny is probably the ultimate Madras soup (See recipe). The anglicised version of milagu thani (pepper water) this soup with its generous quantities of pepper and garlic became a 'go to' soup for British officers when they were unwell. Clubs mostly serve vegetarian versions of this soup although it's not uncommon to incorporate chicken. Just like Rasam this soup is also served with a sprinkling of rice.

Spinach Rolls: one of the signature dishes at the Madras Club. This dish is available at the ITC Grand Bharat Club house too. Spinach and generous quantities of cheese are encased in a maida roll.

Yorkshire Pudding: still served at the Madras Club. This quintessential English Sunday delicacy is crafted with eggs, flour and milk or water and served with a beef gravy.

Chicken country captain: a dish that originated in India and is now extremely popular in Southern USA. This mild stew features browned chicken pieces, onions and curry powder and is served on a bed of rice.

Bread and butter pudding: this dish has humble origins in England before it became a festive treat. An integral part of Anglo Indian and Creole (In Louisiana) cuisine, this hot dessert combines eggs, butter, bread, raisins and spices.