8 Exotic Fruits From Around The World You Should Definitely Try Once!

Thanks to glocalisation, you can now taste some of these super tasty, and some equally weird fruits, right in the comfort of your own city. 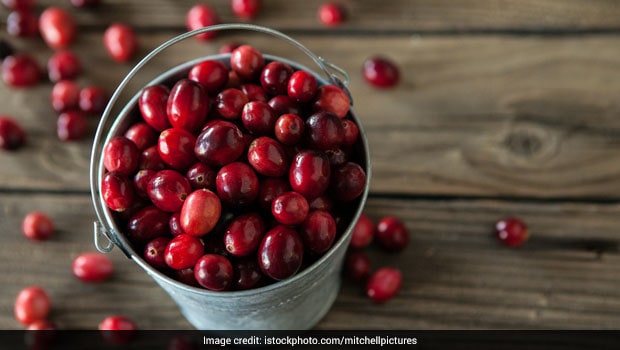 Highlights
Mother Nature has gives us an amazing bounty of food treasures and we couldn't be more thankful. Take for instance all those delicious and exotic fruits from around the world that pack in so much flavour and health at the same time. Thanks to glocalisation, you can now taste some of these super tasty, and some equally weird ones, right in the comfort of your own city. In fact, there are many fruits which you may not have heard of earlier but are now found in most supermarkets in India. These fruits are not only exotic but are also known for their exceptional health promoting properties. If you haven't seen or heard about these fruits yet, you will be in for a surprise! So prep up as we unveil some of the most exotic fruits from around the world.

Mangosteen is a tropical evergreen tree which has an exotic fruit that is a deep reddish-purple in colour when ripe.  The fruit is white from the inside and is a delectable mix of sweet and sour and very juicy too. The snow-white flesh requires some effort to reach through the tough outer skin. It is said that the reddish purple colour in the fruit is mostly used as a natural dye. So if you ever get your hands on it, remember to eat it immediately after cutting it.

2. Snake FruitSnake fruit, a native to Indonesia is a fruit that grows on the salak palm tree in little clusters. It makes for a popular go-to snack on the streets in Thailand. It has a weirdly beautiful snake like brown scaly skin and tastes sweet and sour, flavour-wise the snake fruit is closer to the taste of a pineapple or a lime. Apart from being enjoyed as a fresh snack, the fruit is also candied, pickled and made into a syrup. One of the varieties of snake fruit is also fermented into a wine.

It looks like a fruit, tastes like bread and has various health benefits to offer - that's Breadfruit for you. Its name is derived from the texture of a moderately ripe fruit when cooked, it is similar to freshly baked bread and a slight potato like flavour. It is known to be used as an insect repellant apart from being eaten. It makes for a staple food in many tropical regions.

Also known as the starvation fruit or cheese fruit, Noni belongs to the coffee family that originates from Southeast Asia. Noni has a pungent odour when ripe, which is why it may also be called as vomit fruit. Oval in shape, it is green in colour that turns yellow and then almost white as it ripens. It has bitter taste, but is still loved by many. Moreover, a variety of beverages, powders, cosmetic products and oils are made from this fruit. Noni's seeds are edible and are generally roasted and nibbled as snacks.

This beautiful looking horned melon belongs to the melon family and is native to Africa. It has horn-like spines with an orange and lime green skin, has a jelly-like flesh and is refreshingly fruity to taste. It is said that one must eat kiwano along with the peel as it has good amounts of fiber and vitamin C content. The fruit is used for cooking, but is mostly eaten raw after removing the pulp.

Do you remember filling different shades of colour in fruit pictures as a kid? Well, this fruit looks like it has come out of a drawing book. Native to South America and also known as tree tomato, tamarillo is an egg shaped yellow-orange-red coloured fruit. Red coloured tamarillos are slightly sour, while yellow and orange ones are sweeter. The flesh has a firm texture and contains lots of big seeds.

Longan is a tropical tree that produces fruits known as longan, which are commonly associated with the lychee fruit. The fruit has a hard outer covering, a slimy and gooey white coloured interior and a black seed. Longan is a Chinese word that literally translates to dragon eye; it is named so as the fruit resembles an eyeball. It is believed to have originated in Southern China and is sweet and juicy. The seeds and shells of the fruit are not consumed and in fact longan is used in soups, snacks and desserts.

CommentsAlso known as Jambu Air, water apple is native to the Malay Peninsula and is also found in the Andaman and Nicobar Islands. Water apple is a bell shaped berry, with colours ranging from white, pale green to red, purple or crimson to purple and even black. When the fruit ripens, it tends to puff outwards in the shape of bell.

Most of these fruits are available in supermarkets nowadays, so the next time you go grocery shopping don't forget to fill your bags with some of these exotic fruits!