8 things vegetarians have to deal with 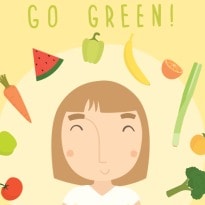 Vegetarians often get to hear eyebrow-raising comments from people who eat non-vegetarian food. For instance, they are told that they are weak as they don't get enough protein in their food.

Here is a list of comments that vegetarians are tired of hearing, reports huffingtonpost.com:

2. When people don't understand that you can be a vegetarian for reasons other than "loving animals".

3. Being asked if you'd eat meat for a million bucks, or if you'd still refuse it if you were stuck on an island and would otherwise starve.

4. The assumption that you're "missing out on life" and must be kind of sad that you can't eat meat.

5. The "plants are being killed too" argument.

Promoted
Listen to the latest songs, only on JioSaavn.com
6. Nobody is believing you're getting enough protein, so you must be a weak.

7. When people say, "I tried being vegetarian once...couldn't do it!"

Comments8. People who claim they're vegetarians, but still eat chicken and fish and the occasional cheeseburger.