A Lavish Hazelnut Cake Recipe With Which to Celebrate Life 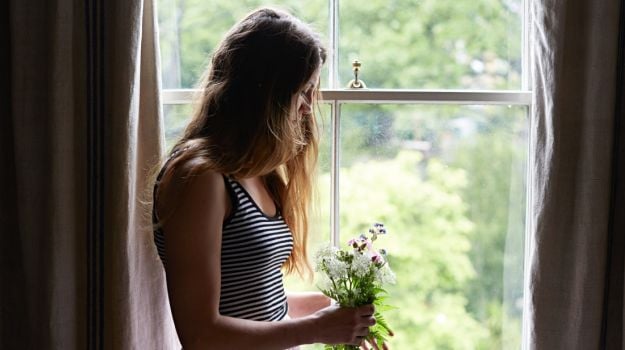 Her rich, layered hazelnut cake is a throwback to her parents’ youth, says Olia Hercules. Photograph: Elena Heatherwick for the Guardian

Salty, fermented herbs and a hazelnut-studded chocolate cake conjure up memories of Ukraine’s little-known culinary legacy for our new resident cook. Here she uplifts them for modern times.

I was born in the south of Ukraine, in the vast steppes north of Crimea. The summers were blisteringly hot and would begin as early as the end of April and would continue far into September. The winters were hard too, with temperatures dropping below –15C in January and early February. But it was fertile farmland, and where I grew up we were blessed to be able to grow things for ourselves. Even during the toughest Soviet years, while Muscovites were crammed into stark communal apartments, making do with the limited produce available in Soviet shops, my grandmother Lusia grew vegetables and fruit, and kept a cow, chickens and a couple of goats. Her family had gone through holodomor, exile, war, post-war hunger and managed to survive and bounce back, return home and start growing and rearing again. They turned all the produce they grew into incredible meals.

Everything was, of course, seasonal, so the glut of summer would be carefully preserved for the winter. Apricots, apples, peaches and pears would be sliced and sun-dried on clay roofs to make uzvar (compote). Anything that could be was salted or fermented; even whole watermelons – which my region, Kherson, is famous for – would be packed into barrels with salt and left to ferment. Aubergines, green and red tomatoes – whole and pulped – would be left to ferment alongside blackcurrant and horseradish leaves. Cucumbers, apples and whole cabbage leaves would be preserved and kept in cool cellars.

Anything that could be was salted or fermented. Aubergines, green and red tomatoes, blackcurrant leaves...

One of the things that stands out in my memory is the herbs. I remember walking through the local market in Kakhovka as a girl, the intoxicating smells drifting across the flagstones from the mountains of herbs on the stalls. My mother still grows dill, parsley, purple basil, coriander, Chinese chives ... Not many people ferment soft herbs anymore, but my grandmother would layer dill, parsley and sorrel with salt, pack them tightly into jars and leave them to use in soups in the depths of winter. Now we can buy herbs all year around, but I still love fermenting herbs (see recipe below) as they add an interesting and intense flavour to whatever dish they are used in. I also like adding a little celery and spring onions to the mix, and then use them in an ascetic soup with frikadelki (little meatballs). My father would turn his nose up at this as it reminds him too much of Soviet canteens. I love it – it’s my mother’s recipe – and so does my son; the fermented herbs lift the simple flavour and add a new dimension.

My rather lavish version of the Kiev cake below is a throwback to my parents’ youth. It is one of the most popular cakes in Ukraine and the default choice at weddings. It is traditionally made with hazelnuts, but you can make it with cashews and pistachios. My mum and I love revinventing cakes from the past. In the 1960s, the only half-decent cake available in shops was called, in typically naff Soviet style, Ulybka – which means “smile”. It was two layers of hard sponge soaked in commercial barberry syrup, a smudge of icing and three peanuts scattered on top. People felt genuinely lucky if they managed to get a piece. My mum makes an updated version with lush eggy sponge, coffee liqueur, dulce de leche, butter icing and a thick layer of roasted peanuts on top. Her Kiev cake likewise marks a welcome transformation from utilitarian fallback to delicious treat.

These are great used as seasoning, like an amazing, flavoured salt. I add them to broths, stuffed flatbreads, and they also make a great burger relish.

1 In a large, shallow container, sprinkle the salt between layers of the herbs and veg, left whole and intact with their stalks on. Cover with a muslin cloth and weigh the layers down. Leave out in your kitchen for 5-7 days, and wash the cloth every day. Pack the herbs into a sterilised jar and keep in a cool place – they will change colour but they should not become mouldy. Rinse the herbs well before use.

This is a really quick soup to make. If you haven’t any fermented herbs, make sure you season the soup before you add the potatoes.

1 To make the frikadelki meatballs, roughly grate one of the onions and mix it with the mince, bay leaf and parsley. Season well with salt and pepper. Mix everything thoroughly with your hands and shape into small balls.

2 Cook the chopped potatoes in water for about 5 minutes. If you are using fermented herbs, don’t season the potatoes – the herbs are already salty.

3 Now make the Ukrainian sofritto called smazhennia. Chop the second onion very finely and cook in a frying pan with the carrots in butter over a medium low heat until soft and slightly caramelised. Add this to the potato water.

4 Now add the meatballs to the broth and cook for 10 minutes.

5 Lastly, rinse the fermented herbs, if you have them, in a colander to wash out the salt. Add to the soup and serve.

What we had in Ukraine was a little more modest than this recipe, but we are no longer in the Soviet Union – so let’s live a little.

1 Preheat the oven to 180C/350F/gas mark 4. Reserve three whole hazelnuts for later and blitz the rest in a food processor until they are coarsely chopped. Spread the nuts on a baking tray and roast for 10 minutes until they turn golden. Let them cool. Turn the oven down to 150C/300F/gas mark 2.

2 Line two baking sheets with greaseproof paper, draw a circle around a 23cm cake tin on both pieces, then turn them over so the marked side is facing the tray.

3 To make the meringue, whisk the egg whites with an electric whisk until they start to form peaks. Gradually add the sugar while whisking until the meringue is glossy and stiff. Carefully fold in the cooled hazelnuts with a large metal spoon and put the mixture into a piping bag fitted with a plain nozzle.

4 Pipe the meringue onto the circles on the lined baking sheets. Bake in the oven for an hour, until the meringues have set and you can easily peel them off the paper.

5 Meanwhile, make the crème mousseline (pastry cream). Warm the milk in a pan with the vanilla seeds and half of the sugar until it begins to steam. While it is warming, whisk the egg yolks with the remaining sugar until pale, then whisk in the flour and cornflour. Pour half of the steaming milk into the yolks and whisk together. Pour all the mixture back into the remaining milk and whisk constantly on a medium to low heat until the mixture thickens and you can no longer taste flour. Remove from the heat and let it cool in a bowl.

6 To make the ganache, melt the chocolate in a bowl over a pan of simmering water. Warm the cream in a pan until it just begins to steam. Stir the cream into the melted chocolate gradually, then stir in the butter in chunks. Allow the ganache to sit at room temperature to firm up slightly, stirring occasionally, until needed.

7 To make the sponge, preheat the oven to 180C/350F/gas mark 4. Beat the eggs and sugar together in a bowl with an electric whisk for at least 5 minutes until very thick, pale and foamy. Trickle in the melted butter. Gently fold the flour in, trying not to knock any air out. Pour the cake batter into a greased 23cm round springform cake tin and bake for 25-30 minutes. Let it cool.

8 Place the cooled pastry cream in a bowl and, using an electric whisk, gradually whisk the room-temperature butter into the pastry cream, about 1 tbsp at a time, until fully incorporated. The cream will now be lighter in colour, stiff and with a slightly aerated texture. It is essential that the pastry cream and the butter are both at room temperature or the mixture will split. Place the cream in a piping bag fitted with a plain nozzle.

9 Cut the sponge in half horizontally. Place one half into the cake tin without the bottom (or use a 23cm deep mousse ring if you have one) and spread with the ganache. Place one disc of meringue on top (cut to size if needed). Pipe the crème mousseline on top in even circles, about 5cm thick: leave enough room in the tin for the remaining meringue and sponge. Spread ganache on top of the second meringue, then top with the second half of the sponge. Spread or pipe the remaining ganache on top, then carefully place on top of the mousseline. Chill in the fridge for at least an hour, then carefully remove the tin.

10 To make the spikes, slowly melt the sugar in a heavy-bottomed pan. Swirl the pan occasionally, but don’t stir it. The caramel is ready when it has turned amber. Place paper on the floor under a kitchen surface and have a heavy pan ready. Place toothpicks into the reserved whole hazelnuts then dip them into the caramel. Secure the toothpick under the pan and over the paper and allow the caramel to drip off the hazelnut. Gently remove the toothpicks from the nuts and break off the caramel spike at the length you want and place them on top of the cake.

• Olia Hercules is the author of Mamushka, (Octopus, 2015) Twitter: @oliasgastronomy
​