Adulteration Alert: How Antibiotic-Fed Chicken May be Harming You 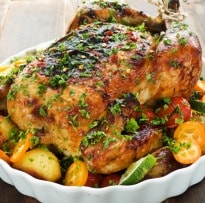 If you are a chicken lover, this is something you should definitely be aware of. While food adulteration and pesticide use are nothing new, a recent lab study conducted by Centre for Science and Environment's (CSE) Pollution Monitoring Lab, shows how antibiotic-fed poultry is harming the consumers.

The study shockingly reveals that large scale and indiscriminate use of antibiotics in the poultry industry has led to antibiotic resistance in Indians who are falling prey to many ailments that are otherwise curable.

For the study, 70 chicken samples from the Delhi-NCR region were tested for six commonly used antibiotics - oxytetracycline, chlortetracycline, doxycycline, enrofloxacin, ciprofloxacin and neomycin. The lab tested three tissues of chicken - the muscle, liver and kidney. About 40% of the chicken samples contained residues of these antibiotics. Besides this, residues of more than one antibiotic were found in 17 percent of the samples. The study notes, "Thirty six chicken samples were from Delhi, 12 from Noida, 8 from Gurgaon and 7 each from Ghaziabad and Faridabad."

Why are antibiotics used?

Poultry is fed with antibiotics to promote their growth and make them fat without actually feeding them much. The poultry industry is one of the fastest growing sectors in India. The reports points out that it has been growing at around 8 to 10 percent annually and poultry constitutes of more than 50% of all the meat consumed in India. In order to meet with the growing demand and competition, breeders resort to the use of antibiotics to make chickens plump quicker and ensure a steady supply. (More: All About Different Chicken Labels)

Since there are no restrictions or limits on the use of antibiotics, the poultry industry has been rampantly using them as growth promoters. The residues of these antibiotics are being transmitted to humans on consumption.

Th use of antibiotics in the meat and poultry industry is completely unregulated. Unlike Europe, India has adopted the US model of self-regulation where it has no control over the sale of antibiotics for non-medical purposes to the poultry industry. In fact, there are no safe-limits set for feeding antibiotics to chickens, which gives the breeders easy access to go all out.

How does consumption of antibiotic-fed poultry affect humans?

The study explains that these antibiotics are pumped into chicken to treat infections or mixed with feed to promote growth. But, in most cases this is done for several days even when there is no sign of infection.

Prolonged use of antibiotics leads to the development of resistant bacteria in chickens. This can be easily transmitted to humans through 'food, environment and direct contact' with such meat and lead instances of antibiotic-resistant.

According to the report, "Antibiotic resistance (ABR) refers to the resistance to antibiotics that occurs in bacteria that cause infections. The resistant bacteria can withstand the effect of the antibacterial drug (antibiotic) to make it ineffective." This has become a global concern as it makes it difficult to treat various diseases that are otherwise curable.

"Many essential and important antibiotics for humans are being used by the poultry industry. In India, there is growing evidence that resistance to fluoroquinolones such as ciprofloxacin is rapidly increasing," says Sunita Narain, Director General of CSE.

Treating fatal diseases like sepsis, pneumonia and tuberculosis (TB) with fluoroquinolones is becoming tough because microbes that cause these diseases are increasingly becoming resistant to fluoroquinolones, says the report.

"Common infections are becoming more difficult to treat and antibiotics are becoming ineffective due to increased resistance," she added.

The study also warns that it is not the amount of chicken consumed that matters. Less consumption and even small bites can put people at the risk of developing drug-resistance.

What is to be done?

CSE has called upon the government to implement a comprehensive set of regulations including banning use of antibiotics as growth promoters in the poultry industry.

Promoted
Listen to the latest songs, only on JioSaavn.com
As far as the consumers are concerned Sunita Narain tells NDTV Cooks, "Ask the sellers and suppliers when you buy whether there are antibiotics in the chicken and ask repeatedly."