Americans Ate More Seafood Last Year Than They Did in 2014 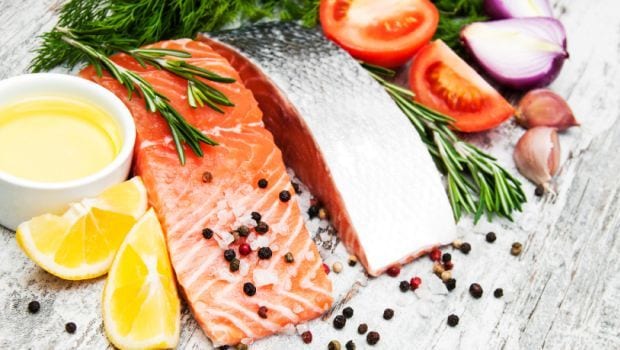 Highlights
The average American ate nearly a pound more seafood in 2015 than he or she did the previous year, the federal government said on Wednesday.

The National Oceanic and Atmospheric Administration released the statistic along with its annual Fisheries of the United States report. It said per capita consumption of seafood grew from 14.6 pounds in 2014 to 15.5 pounds in 2015.

The growth brought per capita consumption of seafood to its highest point since 2010, and it's also the biggest jump of its kind in at least 25 years.

The jump corresponds with a rise in catch, NOAA said. Fishermen brought 9.7 billion pounds of fish and shellfish ashore in 2015, an increase of 2.4 percent from 2014. America's catch was valued at $5.2 billion, which was a drop of 4.5 percent from the previous year.

Despite the growth, Americans are still eating slightly less seafood than they were 10 years ago, when per capita consumption was over 16 pounds, said Alan Lowther, a statistician with NOAA.

NOAA officials said it was difficult to say which types of seafood Americans were consuming more of, but the highest valued commercial species in the country was lobster at $679.2 million. Lobster was followed by crab, shrimp, salmon and Alaska pollock.The largest single fishery in the country was the Alaska pollock at 3.3 billion pounds. The fish is used in a wide variety of processed and packaged foods.

New Bedford, Massachusetts, had the highest-valued catch from one port at $322 million. Sea scallops, a highly valued species, accounted for more than three-quarters of that total.

The port with the highest amount of seafood was Dutch Harbor in Alaska, which led the country for the 19th consecutive year with 787 million pounds. The port's catch was valued at $218 million.

Listen to the latest songs, only on JioSaavn.com
Gavin Gibbons, a spokesman for the National Fisheries Institute, said the increase in seafood consumption is good for consumers as well as the industry.

"It is slightly larger than most years, which is good news for public health and nutrition," he said.