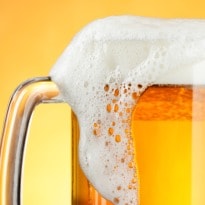 When President Obama's beer recipes were published a fortnight ago, John Wright started brewing. Here are the results.

Public relations exercises usually bring out my cynical side, so it was quite a surprise to hear of one two weeks ago that I actually liked: the White House published two recipes for beer. These, we were told, are made in the White House for, if not actually by, the President, under his instructions and paid for out of his own pocket. My scorn deserted me and I warmed to President Obama as never before. Not only had he demonstrated that he was indeed the sort of guy you could enjoy a beer with, he had also given the world something that is actually of use. If only all politicians were so thoughtful.

Like most brewing enthusiasts who came across them, I studied Obama's recipes for White House Honey Ale and White House Honey Porter closely, wondering what they would actually taste like. While an experienced brewer can make an educated guess at their qualities, the only way to really find out what they'd be like was to make them.

There is a daunting list of ingredients including several malts, several hops, some specialist yeasts and an assortment of other esoteric ingredients. They are all available in the UK with a bit of searching, or in my case, a bit of help. I called my friend Coreen from Dorset Homebrew, told her what I was up to and she put all the ingredients together for me. The intractable exception was White House honey which, despite my extensive connections in high places, proved impossible to acquire. I settled for local Dorset honey, consoling myself with the thought all the food miles I would save.

The only other ingredient that gave me pause was corn sugar, but that just turned out to be another name for dextrose. I kept as closely to the recipe as I could except that I made half batches of each beer, a practical step as it removes the need for a saucepan the size of a dustbin. I also added some carragheen finings at the same time as the second lot of hops to help clarify the beer - it was not in the recipe but I thought it would do no harm.

As with all beers the sugar from which the alcohol is made comes from malted barley (or other grain). The White House recipes save time and hard work by using a malt extract but a variety of malted grains are also employed to allow the development of more complex flavours than from an extract alone - particularly in the case of the porter, which uses roasted grains.

Well, the results are in and the news is good, mostly. The Honey Ale is a pleasant light drink if not exactly a revelation for the palate; it has also turned out mysteriously cloudy and I would be interested to hear if anyone has any idea what I might have done wrong. I have not the slightest doubt that any failings in this brew are entirely my own doing, not President Obama's.

The Honey Porter however is quite splendid. I don't much like dark beers, having been treated with (rather than to) a daily dose of powerful stout as a child. Obama's brew has rather changed my mind. It is not overpoweringly bitter, not too treacly and not too toasty. The grains, hops and Nottingham yeast have combined to produce something which is rich and dark, clear, complex and fragrant. As the original White House press release said - "Ale to the Chief!"