As we move together and welcome another year, let's take a look at some of the most popular and trendy drinks that created a chatter around the world. 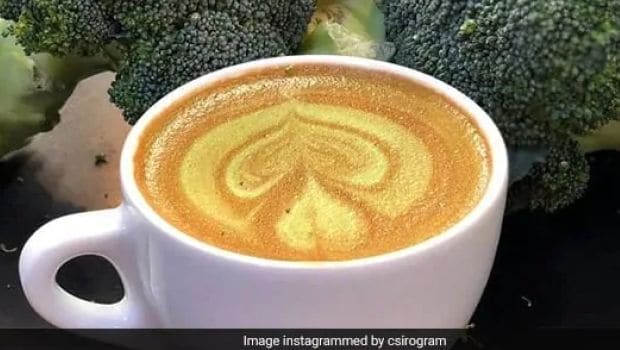 2018 is almost over and it was by far one of the most happening years for food-lovers, chefs, restaurateurs, home bakers, food-bloggers and all those who love to live and live to eat! Apart from food, a lot of drinks also managed to grab prime time headlines and ended up creating a buzz in the world of gastronomy. Be it tea, coffee or beer, this year has been quite eventful, as far as drinks are concerned. A lot of restaurants and cafes across the world started to experiment with various ingredients, giving rise to fusion drinks that eventually took the world by storm. As we move together and welcome another year, let's take a look at some of the most trendy and popular drinks that created a chatter around the world.

Coffee lovers, this one's for you! Having normal coffee is too pass&#233;, some would say! It's time to experiment with something more exciting and replace your regular cuppa with broccoli coffee! Yes, you read that right. As bizarre as it may sound, Broccoli Coffee is actually a thing and has taken the fusion game to a whole new level. This new trendy and fusion coffee made news in 2018 and how! The drink is prepared by scooping some broccoli powder into a regular cup of coffee. The 'trendy' coffee took internet by storm when Australia's National Science Agency, the Commonwealth Scientific and Industrial Research Organisation, posted a picture on their official Instagram page explaining the logic behind the drink. It was introduced in an attempt to make Australians consume more vegetables.

The year of 2018 saw the rise and fall of various weight loss diets that aimed at attracting those who are looking to shed a few pounds. Similarly, a drink that created buzz among health enthusiasts around the world was Chlorophyll Water. Chlorophyll is the pigment that makes plants appear green and helps them derive energy from sunlight. Lately, chlorophyll is sold in the form of supplements and a lot of fitness freaks are eyeing this fancy drink solely because this supplement is known to benefit skin and body in a number of ways. This weight loss friendly drink is said to be abundantly rich in antioxidants and micronutrients and is prepared by infusing chlorophyll supplements in water. Seeing the number of people out there who are out on weight loss spree these days, it seems like this 2018 health trend of chlorophyll water is here to stay.

The trend of fusion delights touched new heights when this trendy yet unusual drink made its debut. Yes, we are talking about Beer Ramen. A beer lover wouldn't probably be able to welcome the idea of having ramen dunked in his favourite summer beverage. Fret not, while it does sound a bit bizarre; it is actually not. Yuu Japanes Tapas, a Japanese restaurant in British Columbia, Canada started serving Beer Ramen and the world went crazy! But wait, what's actually more intriguing is that this delight has got nothing to do with alcohol. The meal is served with chilled broth that is prepared from bonito flakes and the top foam that very much resembles that of beer is made with egg whites and gelatine. You got tricked, didn't you?

In an attempt to make the beer chugging experience more enthralling, breweries across the US started experimenting with edible glitter in beer, making it a sparkly new food trend. After the glitter coffee trend, glitter beer trend took over the internet and how! The pretty and enticing pictures of glitter beer made rounds on Instagram for its insta-worthy appeal and left people wondering whether the delight tastes different than the regular one. However, the edible lustre dust that is used in the making of this beer has no flavour and taste of its own, so the drink tastes pretty much the same.

After the glitter coffee trend, glitter beer trend took over the internet and how

Another drink that made rounds on the internet for its beauty and appeal was Unicorn Latte. There is no denying the fact that this fancy drink looks too beautiful to drink. A lot of cafes and restaurants across the world have started to make their own version of unicorn latte using various edible rainbow colours that complement the unicorn theme. Some people credit caf&#233; The End in Brooklyn for starting this trend; however, it is still not sure where the trend originated from. Cafe The End claims it to be refreshing and light-weight latte with E3 live blue green algae.


So here was a compilation of some of the craziest drinks that made headlines in 2018. The year gone by has been a helluva year for foodies across the world. A lot of restaurants and cafes have also tried their best to churn out exciting versions of various ongoing trends. If you know of more such bizarre yet trendy drinks that could have been a part of our list, do share with us in the comments section below.

Here's wishing you all a very happy 2019! Happy New Year!