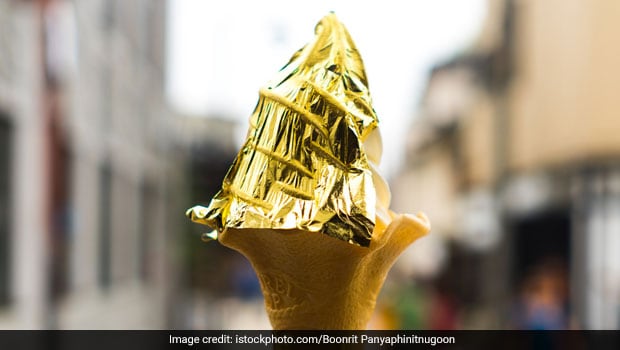 If 2017 was all about liquid nitrogen and edible charcoal, this year saw quite a few healthy and innovative ingredients in the forefront. 2018 was quite spectacular in a manner of speaking. We had some of the most grand weddings in the world, quirky restaurants launched, and not to forget, some novel, exciting, and controversial edible elements that were talked about endlessly. Starting from gold-plated ice-creams to elderflower being used for the royal wedding cake and to our very own desi ghee and coconut oil - these ingredients were amongst those that made headlines in the food cosmos. We present some of these elements to you and take the liberty to remind you of how and why they became famous in the passing year.

Here are the most talked-about ingredients of 2018:

As a nation with a vast coastline, we have a penchant for food cooked in coconut oil. Coconut oil is, and has always been, one of the stars in the field of gastronomy - not only because of its flavour but also because of its health-benefitting properties. But like every famous protagonist, this humble ingredient faced a harsh controversy earlier this year, making coconut oil one of the most talked-about ingredients of 2018. Coconut oil was blamed for causing an increase in blood cholesterol levels, further resulting in cardiovascular diseases. The research was conducted by the American Heart Association and got published online in the journal Circulation. However, the researchers could not prove any link between dietary cholesterol and its effect on blood cholesterol levels. Thank heavens for that! Do we really need authentication from the west about our traditional food systems that are strong enough to help us lead healthy and active lifestyles? We think not either!

Over 500-year-old ancient texts from our country reveal that the rich classes may have used vessels made of pure gold and silver to eat and serve food in. It was not only because they could afford the precious metals, but also because of the associated health benefits of eating in plates and bowls made from gold and silver. Now, given the sky-high prices of gold these days, we cannot imagine replacing everyday vessels with those made of pure gold, but perhaps a thin leaf of pure gold will not burn a huge hole in our pocket! This year we saw many sweet shops selling desserts that were covered with edible pure gold. A famous encounter involving this precious ingredient was when Bollywood actor and fitness diva Shilpa Shetty indulged in a shiny dessert in November this year - an ice-cream cone with a 24-carat gold leaf on top! According to Shilpa, the dessert tasted as heavenly as it looked. As per health experts and nutritionists around the world, edible gold is different from the gold used in our jewellery, which is mixed with other metals and can be toxic, if consumed. Edible gold must be 23-24 carats. It is believed by some that consuming edible gold may help boost metabolism and may balance the pH level of the body.

In short, the good news is that it probably won't harm us; while the bad news is that until more and more studies are conducted, we'll have to stick to the word "probably."

This year we witnessed many grand weddings - from Bollywood actors to Hollywood stars and from cricketers to badminton players. One of the most talked-about weddings of the year was that of Hollywood actor Meghan Markle and Prince Harry that took place on May 19th this year. The wedding was special in many ways but one of the most talked about features was how the couple chose a lemon and elderflower cake for their wedding cake flavour. It had been a norm across royal weddings to have a traditional fruit cake till now. This was the first time a royal wedding cake was flavoured with Amalfi lemons and elderflower. The cake was one of the most talked-about wedding cakes of this year. It was prepared by a team of bakers from London-based Violet Bakery.

The wedding cake is to be served at the Reception. It was designed by Claire Ptak and features elderflower syrup made at The Queen's residence in Sandringham from the estate's own elderflower trees, as well as a light sponge cake uniquely formulated for the couple. #royalweddingpic.twitter.com/kt5lE4tEn9

If you're wondering what this basic desi ingredient is doing on this list, then we have got the lowdown for you. Ghee may have appeared a lot this year in many fitness and health experts' newsfeeds and articles, but the reality is that this humble ingredient has been around in the world of gastronomy for eons. Ghee has been a staple of Indian cuisine for time immemorial. It is also known as clarified butter, which is a rich, golden-yellow butter fat that is extremely healthy, easily digestible, and delicious. This year, ghee was seen making a name for itself in various international cuisines. But, wait! Did you know that beyond our kitchens, ghee can also be used for various beauty and hair care rituals? No wonder ghee is dubbed as the newest superfood by the health experts around the world.

(Also Read: Ghee Versus Butter: Which One is Better?)

Ghee, an unprocessed fat is a rich source of omega-3 fatty acid along with vitamin-A.

Year 2018 was observed as the year of Indian Millets. Government of India declared 2018 as the National Year of Millets to boost the production as well as the consumption of millets in India. Moreover, the intention of popularising millets was also to support the generation of farmers who are producing millets in India. Just like ghee, millets are also nutrient-dense and are considered superfoods. As per health experts, millets are nutritionally superior to wheat and rice, owing to their higher levels of protein, crude fibre and multi minerals. Millets can easily be replaced by wheat and rice for a weight loss and diabetic diet too. So, if you are someone who is looking to shed extra pounds, you now know what to eat.

As per health experts, millets are nutritionally superior to wheat and rice.

These were just some most talked-about ingredient of 2018. If you think we have missed out on something, you can let us know in the comments below!