Brandy De Jerez: A Drink for the Sherry Lover | Empire of Drinks 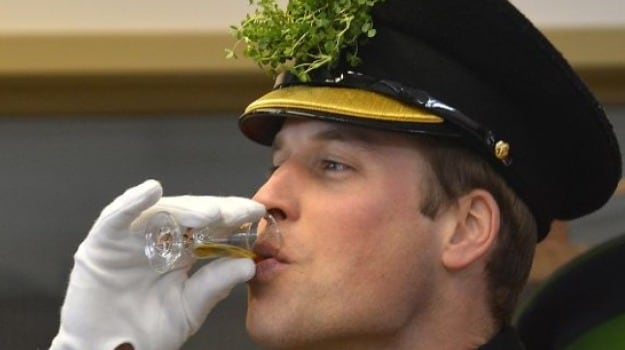 If you love sherry, drink Brandy de Jerez – without it, the business would collapse

Fifteen years ago, being a sherry lover was like being a member of a secret society. On the rare occasion I ran into a fellow enthusiast, we would speak in hushed voices, wary of public ridicule. Then a new wave of tapas bars with extensive sherry lists hit Britain’s major cities. For a time, the papers were full of articles about how sherry was well and truly back. From the trendy streets of Glasgow or Manchester, you’d think that was true, yet this new fashionability has done little to halt sherry’s inexorable decline.

British sales were down 11% last year. It’s a far cry from the 19th-century heyday when half the wine imported into Britain was sherry. Some of the biggest names were originally British: Williams & Humbert, Harveys and Osborne. You can see the British influence in the architecture of Jerez, Spain’s sherry capital. Patrick Matthews wrote in The Wild Bunch: “The sherry bodegas have something of the air of Oxbridge colleges, with their courtyards and immaculate displays of flowering plants (not to mention the all-pervasive smell of sherry).”

A buyer for a large wine merchant told me in confidence last month that “if it wasn’t for the brandy they make, the sherry business would be unsustainable”. More than 112m bottles of Brandy de Jerez are sold globally every year, compared with around 35m of sherry – and an average brandy sells for much more than an average sherry. Though relatively unknown in Britain, Brandy de Jerez is huge in Spain, Latin America, the Philippines and Germany.

The name is a bit misleading as it’s not actually made from sherry. Instead it’s distilled from Airen grapes grown in La Mancha, then matured in old sherry casks in the Jerez region, where it takes on their flavours. Apparently this came about because a British customer ordered some brandy but never paid for it, so it was stored in sherry barrels in Pedro Domecq’s cellars where it was forgotten. Years later, someone tried it and it was found to be delicious. It’s suspiciously similar to the creation myth of Worcestershire sauce where a sauce was made by two chemists, Messrs Lea and Perrins, to the specifications of a Lord Sandys who had discovered a tasty sauce in India. The Lord didn’t like the resulting sauce and it was forgotten about. The sauce was then rediscovered 18 months later and had improved with maturity. In fact, there’s a lot of not-entirely-convincing history about Brandy de Jerez. The kitsch bottles with their fake wax seals look like holiday souvenirs.

So what’s it like to drink? It doesn’t have the sheer vinosity of a good Cognac or Armagnac, but the Mendoza Gran Reserva made by Sanchez-Romate I tried recently did have the most wonderful finish, like a sweet Oloroso sherry. Perhaps Brandy de Jerez isn’t one of the world’s greatest spirits, but if it enables sherry companies to continue making one of the world’s finest wines, then it serves a valuable purpose.

Henry Jeffreys is a drinks writer based in London. His first book, Empire of Booze, will be published by Unbound in 2016. Twitter: @henrygjeffreys

Glass conscious: The Duke of Cambridge might enjoy a glass of sherry, but this has done almost nothing to halt diminishing sales of the drink in Britain. Photograph: Toby Melville /PA Wire