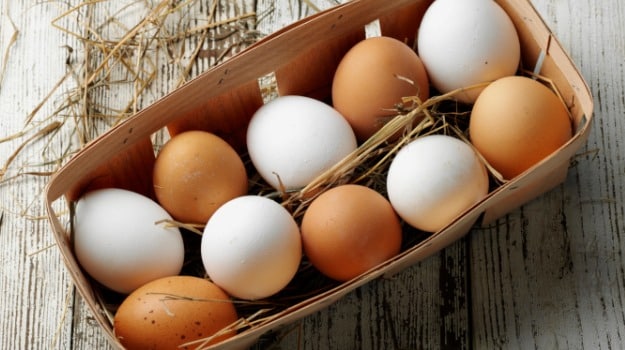 When it comes to food, the golden rule is that brown is better. Brown bread, wheat pasta, whole wheat crackers, brown sugar - they're all considerably healthier than their white counterparts. But, what about brown eggs? Does the colour of it's skin, in this case shell, make it healthier than white eggs? Or just like in the case of people, what's on the inside is what really matter. The only real difference between brown and white eggs that you might know as a matter of fact is that brown eggs are more expensive than the white ones. Their nutritional profile, quality and type is all hearsay.

So, what you should know is that do brown eggs pack more nutrients than the white ones? And if so, does that justify the price difference? And what real difference does it really make in terms of calories? Do they really taste different and does that reflect on how healthy or unhealthy they are?

According to Tro V. Bui, a visiting fellow in animal science at Cornell University, "There is no real difference in nutritional value between brown and white eggs."(as quoted by a popular daily)

He added, "However brown eggs have more Omega-3 fatty acids but the difference is almost negligible."

The reason brown eggs cost more is because they come from chickens that have a big appetite! And also because they're a bit bigger in size. These brown feathered chickens eat more and hence are expensive to keep.

A lot of research has been done to identify the difference between brown and white eggs in terms of nutritional value but so far the majority seems to believe that there isn't any. Dr.Gargi Sharma, weight-management expert believes that brown eggs are healthier than white egg and for those looking to get their fair share of protein and and at the same time wanting to keep in check things like cholesterol and calories, brown eggs are a better option.

However, nutritionist Niharika Ahluwalia says, "There is no real difference between brown and white eggs in terms of nutritional value. But these days brown eggs are associated with being organic, which might make them seem a healthier choice. But, if the chicken was fed regular food, then the eggs wouldn't be organic."

Brown and white eggs taste different! Yes, they do. But that has nothing to do with quality or nutritional profile of the egg but more with the diet of the chicken that laid it. The chickens are fed a different kind of diet which impacts the quality and taste of the egg. So if you were to feed a brown chicken and a white chicken the same kind of food, the difference in taste would go unnoticed. The colour of the yolk in brown eggs is much darker, yes. But that's because brown hens are fed a lot of corn at times.

Some people believe that there is a slight difference between the shell of brown and white eggs but there really isn't. The only thing you might factor in, is that younger hens lay eggs with harder shells. But this applies to both white and brown chickens.

As per United Stated Department of Agriculture (USDA), a 100-gram serving of egg has 12.56 grams of proteins, which is why nutritionists consider it as a good, inexpensive source of protein that diabetics can have in their diet.

One large egg (50 grams) has about 72 calories and 4.75 grams of fat, only 1.5 grams of which is saturated fat, as per the USDA. Eggs are versatile and can be prepared in different ways to suit your palate. You can make an already-healthy food even more healthy by mixing in tomatoes, onions, and other veggies.

So, the next time you're picking up a batch of eggs for breakfast make sure you're more concerned about the quality of chickens it comes from rather than it's colour.

How Much Should You Eat In A Day? Celeb Nutritionist Rujuta Diwekar May Have The Answer
Watch: Move Over Maida Puri, Make This Aloo Suji Poori To Pair With Your Sabzi