Sprouting is the process of germination of various seeds and legumes, by soaking them in clean water for a certain period of time. 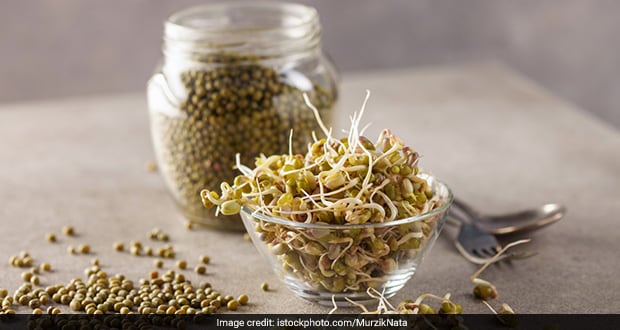 Did you know sprouted moong is celebrated in yoga as the food of the wise? Celebrity nutritionist Rujuta Diwekar recently took to her Instagram to inform the same. Sprouting by itself is considered to be nutritious and super healthy; and sprouted moong dal is packed with protein. For the unversed, sprouting is the process of germination of various seeds and legumes, by soaking them in clean water for a certain period of time. As a result, outer layer of the legume or seed is torn open and a young shoot gets blossomed. It is said that sprouting enhances the nutritional value of a legume or seed. As per the book, 'Diet and Nutrition- A Holistic Approach' by author Rudolph Ballentine, this process helps to eliminate the gas-producing starches from a grain.

In an Instagram post, while speaking about sprouted moong, Diwekar wrote, "Celebrated in yoga as the food of the wise, this homemade immunity booster is just what grandma ordered to pick up your mood and kick out negativity. Rich in fibre, antioxidants and amino acids, the sprouted moong is a wholesome meal and a favourite of the Goddess too."

She further added that it is best enjoyed in cooked form "as usal, sondal or even misal (which coincidentally was also adjudged the best vegan protein dish in the world)."

How Does Sprouted Moong Work As An Immunity Booster?

Moong dal by itself is packed with nutritional content. Sprouting enhances the nutritional value of the same. During the process of sprouting, a legume or seed manufactures vitamin C from the stored starch. Vitamin C makes sprouted moong a powerful stimulant of the white blood cells (WBC), which helps the body to fight several diseases and infections. It is also rich in antioxidants, which makes sprout a source for strengthening body's immunity system. Sprouted moong is also known for promoting good digestion, blood circulation and weight loss

Also Read: 'The Quarantine Plan' by Nutritionist Rujuta Diwekar May Sort Out Your Weekly Diet Woes

She also mentioned that everyone should cook and eat at home and contribute equally to the kitchen. Remember, healthy living leads to a happy life!