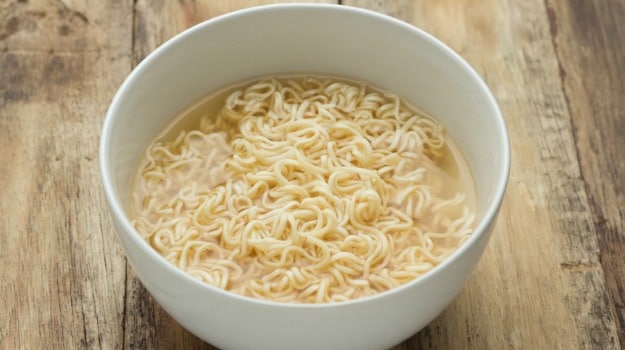 The apex consumer court on Thursday for the first time ordered tests on 13 samples of Maggi noodles from nine batches to determine lead and Monosodium Glutamate (MSG) content. The decision was taken by a bench of the National Consumer Disputes Redressal Commission (NCDRC) here.

The NCDRC said the Maggi samples should be sent to the Central Food Technological Research Institute (CFTRI) in Mysore in Karnataka after verifying the seal and samples in the court's presence.
"The 13 out of 25 total samples be sent to CFTRI in Mysore for analysis to determine the quantity of lead and 'Monosodium glutamate (MSG) stock glutamate' in the aforesaid samples," the bench said.

"All the samples will be packed in a box by a special magistrate, duly signed and sealed by him. The box will be sent to the laboratory by a special messenger and the recipient will have to compare both seal and signature on the box and the forwarding letter to ensure there is no tampering during transit."

Further, the analysis shall cover both the noodles and the taste-maker in the Maggi packets. When the consumer court verified the Maggi samples on Thursday, they found four packets damaged. The remaining packets in the same batch were not qualified to be sent for tests.

Earlier, the bench approved sending nine samples of nine batches but later increased the number to 13 as the quantity was found insufficient for tests. Nestle India used to produce nine variants of Maggi noodles but only two variants - Masala and Veg(etable) Atta noodles -- will be sent to Mysore.

Promoted
Listen to the latest songs, only on JioSaavn.com
Justice V.K. Jain and Justice B.C. Gupta were hearing a class action suit against Nestle India, regarding the alleged high levels of lead content in the company's Maggi noodles. The government counsel had requested the NCDRC to allow them to procure more samples from the Food Safety and Standards Authority of India (FSSAI) but the plea was not accepted.

"The request to procure more samples from FSSAI has been rejected in view of the Bombay High Court where a similar exercise has been conducted. But a local commissioner will visit the godown in Lucknow and record the batch and expiry date of the Maggi cartons stored," said the bench.

CommentsThe commission said it would hear the application again on November 23 regarding the latest tests on Maggi samples. On June 5, the FSSAI ordered Nestle India to withdraw and recall all nine Maggi variants, halt production and stop exports, saying samples were found to be unsafe and hazardous for human consumption.