22-year-old Bethany Rosser learned it the hard way that boiling eggs in the microwave can be dangerous. 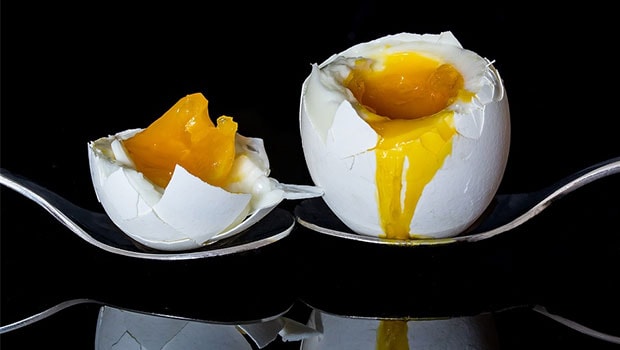 We have all watched and enjoyed those cooking tips and hacks videos on the internet. A lot of them claim to make our lives easier by suggesting unique solutions to everyday problems and while some of them might actually work, a good majority might turn out to be simply impractical or give results that are just not good enough in real life. But some untested cooking hacks may even end up hurting you seriously, as it happened for a 22-year-old British woman. The woman, who is a resident of the Worcestershire in the UK reportedly, had to bear the brunt of one such cooking hack that she picked up from the internet. The hack was about boiling eggs in a microwave and the woman had seen the recipe video on the YouTube channel of a popular food website.

According to a report in The Mirror, Bethany Rosser was preparing breakfast before work when she decided to search if there it was possible for her to cook eggs in a microwave. She found one particular recipe that said that it was possible to boil eggs in the microwave safely, if you put salt in the water, which, the recipe said, would prevent the eggs from bursting. She allegedly followed the recipe as it is and left two eggs with shells on, in salted water in the microwave for six minutes. She then took the eggs out and peered at them by bringing her face closer to the eggs to see if they were cooked or not. That is when, she claimed, the eggs exploded hurting her face. Rosser reportedly suffered burn injuries on her face from the incident.

Be very, very careful if you're putting eggs in the microwave https://t.co/Wq9PVHniqB

Rosser told The Mirror that she felt her skin peeling off while she splashed her face with her. She had to be taken to a hospital in Birmingham to be treated. Due to the incident, Rosser also suffered from a swollen eye so severe that the doctors were unable to check if there was permanent damage or not. Additionally, the damage to her skin could also be permanent, as per reports.

Don't cook eggs in your microwave

This serves as a cautionary tale for many of us who look towards the internet to learn cooking tips and tricks. It might be all fun and games when you're trying out a new hack in your kitchen, but when it involves electrical appliances or sharp objects like knives and glassware, one should be very careful, and wary of trying out sketchy 'hacks.'