Deconstructing Being Vegan - Is it Good for You? 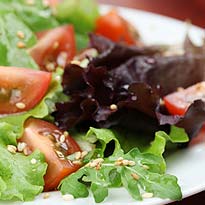 Wondering what is veganism? Why is it getting popular? How to go about it?


Here's a lowdown on "being vegan" for you so that you can make an informed choice.

Veganism is the practice of abstaining from the use of animal products, particularly in diet, as well as following an associated philosophy that rejects the commodity status of sentient animals. A follower of veganism is known as a vegan.

The term 'vegan' was coined by Donald Watson in 1944 when he co-founded the British Vegan Society - it meant "non-dairy vegetarian," What started off as a small movement is growing popular. Today you find Vegan food is becoming increasingly available in supermarkets and restaurants in many countries.

Health experts feel that "veganism is one of the healthiest dietary lifestyles, if followed properly. However, it can lead to detrimental side effects if the guidelines are misused. The challenge is to follow a balanced diet while remaining vegan.

Here is a look at what a vegan diet looks like. A vegan diet includes all grains, beans, legumes, vegetables and fruits and there are an infinite number of combinations available.

Common vegan dishes includeratatouille, falafel, hummus, veggie burritos, rice and beans, veggie stir-fry, veggie burgers, andpastaprimavera. Ingredients made from soybeans are a staple of vegan diets because soybeans are a complete protein. It can be consumed most often in the form of soy milk and tofu (bean curd), which is soy milk mixed with a coagulant; tofu comes in a variety of textures, depending on the water content, from firm, medium firm and extra firm. You can use it for stews and stir-fries, for salad dressings, desserts as well as shakes. Soy is also eaten in the form of tempeh and texturized vegetable protein (TVP) also known as textured soy protein or TSP; it is often used in pasta sauces. The wheat-based seitan/gluten is another common source of plant protein and it's used in making mock meats, vegetarian mince and veggie burgers.


Personally speaking, there is little doubt that choosing to live a life free from animal products means choosing a path that is kinder to people, animals and the environment. Whatever be the reason to turn a vegan, here is a look at reasons and benefits of leading a vegan life, from a health perspective to environmental issues.

1. The American Dietetic Association and Dietitians of Canada report that "well-planned vegan and other types of vegetarian diets are appropriate for all stages of the life-cycle including during pregnancy, lactation, infancy, childhood, and adolescence.

Vegetarian diets offer a number of nutritional benefits including lower levels of saturated fat, cholesterol, and animal protein as well as higher levels of carbohydrates, fiber, magnesium, potassium, folate, antioxidants such as vitamins C and E, and phytochemicals.

Vegetarians have been reported to have lower body mass indices than non-vegetarians, as well as lower rates of death from ischemic heart disease, lower blood cholesterol levels, lower blood pressure, and lower rates of hypertension, type 2 diabetes, and prostate and colon cancer."


2.The United Nation's Food and Agriculture Organization has concluded that the livestock sector (primarily cows, chickens, and pigs) was one of the two or three most significant contributors to the planet's most serious environmental problems, at every scale from local to global.

According to the report, it is responsible for at least 18% of the world's greenhouse gas emissions, as measured in CO2 equivalents, with Robert Goodland and Jeff Anhang of World Watch magazine placing the figure in 2009 at high as 51%.

Also a simple and convincing reason to avoid eating animals, even if you don't believe in 'global warming.' Why contribute to unnecessary damage?