Eid al-Adha 2019: How To Make Nihari For The Bakrid Festival (Watch Recipe Video)

Bakrid 2019: Eid al-Adha is here and it is time to feast on delectable mutton curries and kebabs. Nihari is a slow-cooked meat stew is generally made from lamb shanks, along with bone marrow 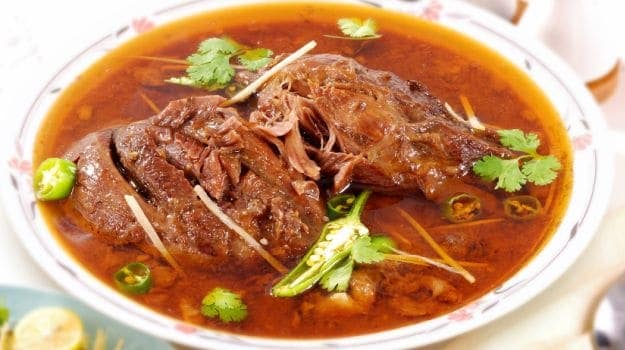 Eid al-Adha 2019: Nihari is a slow-cooked stew that is prepared as part of festive feasts

Eid al-Adha will be celebrated around the world on August 12th, 2019. The festival, also known as Bakrid, is traditionally known as the 'Festival of the Sacrifice'. Eid al-Adha literally translates to 'Feast of the Sacrifice' and it is the second of the two main Islamic holidays observed worldwide. Eid al-Adha is considered the holier holiday of the two and it honours the willingness of Abraham to sacrifice his son as an act of obedience to God. Followers of Islam typically sacrifice goat on the day of the feast and the meat from the animal is divided into three parts- one part if kept for the family, another is offered to the poor and the needy and a third part is reserved for relatives. One of the most famous dishes cooked with mutton on Eid-al-Adha is Nihari.

Also Read: Nihari: History Of The Meaty and Buttery Breakfast Staple of The Mughals

India has a wide variety of meat curries and dishes that are unique in their own way. But Nihari has a separate fan club. This slow-cooked meat stew is generally made from lamb shanks, along with bone marrow. There are different schools of thought about the origins of the dish. Nihari is said to have originated either in Old Delhi or in the royal kitchens of Awadh in modern-day Lucknow, Uttar Pradesh. Today, the dish has become a festive delicacy in the neighbouring countries of Bangladesh and Pakistan as well. Traditional preparation of Nihari might take several hours, but there are other simpler versions of the recipe that you may prepare before the Eid feast. Nihari is typically savoured with Indian flatbreads like naan, kulcha, lachchha paratha etc.

This recipe of Nihari Gosht is by Chef Mahipal Singh, who is Junior Sous Chef at Hotel Crowne Plaza, New Delhi. This recipe is a much simplified version of the original Nihari recipe that you may get to savour in the restaurants of Old Delhi.