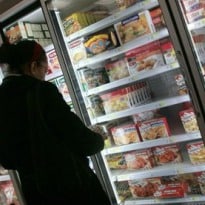 Frozen foods are about to get some badly needed image therapy.

With sales slipping in the category, frozen food makers are in the final stages of preparing a major public relations campaign to defend the nutritional reputation of their products. The push will include what are said to be the first national TV ads on behalf of the industry as a whole, as well as social media and in-store promotions.

Listen to the latest songs, only on JioSaavn.com
Kraig Naasz, president of the American Frozen Food Institute, confirmed that the industry trade group plans to launch the "multiyear, multimillion dollar" in early May.