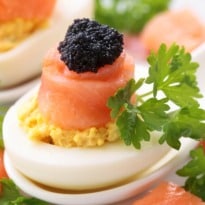 Indulging in sushi, caviar and cold cuts may show class, but it does not make you an expert in uncooked gourmet dishes. MOEENA HALIM did an Anthony Bourdain and dropped in at restaurants across the city without reservations, to try out exotic meat and fish preparations that had one thing in common: they were all served RAW!

Sure you've had uncooked non-vegetarian food. If you are a non-vegetarian that is! Did we hear Sushi? Caviar too? Good. Welcome to the next level then! Japanese cuisine, one of the more popular cuisines on show in Mumbai, has won us over with Sushi and its slightly bolder cousin Sashimi. But the Japanese aren't the only ones who like it raw.

Europeans, Arabs, Latin Americans and Koreans too have amazing dishes where certain meats and fish are completely uncooked, unboiled, even un-steamed!

"Some cuts of beef are best enjoyed rare, if not completely raw," says chef and ace restaurateur Rahul Akerkar. "In France, meat is always served half-cooked," says Busaba's Chef, Nikhil Chib. But Akerkar knows that enjoying raw meat is an acquired taste. "Not everyone in the city is willing to take the mindset leap," he rues, which is probably why his menu for the moment only has one raw meat dish -- a Venetian delicacy called Carpaccio. So while raw fish dishes are available widely across the city, "It'll be a while before the city accepts raw meat," predicts Akerkar.

Chib is also concerned about the quality of fish and meat available here. "To serve meat in its raw state it has to be absolutely fresh. Local fish reaches us eight days after its caught because fishermen must go deep into the ocean to avoid pollution," he says. Restaurants that do serve raw fish and meat most often import it from across the globe -- mainly Scotland (where the finest beef comes from), Norway, Korea and Japan.

"Steak Tartare is a preparation of finely chopped raw meat served with raw egg yolk," says Arola's (the Spanish restaurant at JW Marriott) Chef De Cuisine Manuel Oliveira Seller. While the idea that Steak Tartare gets its name from Tartar (the people of Central Asia) is usually pooh-poohed by experts, it is widely recognised that the modern version of the dish was served in France in the 1900s and was called Steak a l'Americaine.

At Arola, they serve the knife-cut steak with a soya-ginger-wasabi infusion and a raw egg, to be eaten on baby Romaine leaves. Perhaps due to the city's aversion to beef (especially when served raw) and because it is difficult to source the perfect cut of meat, restaurants such as Fenix and Vinoteca by Sula prefer to serve a tuna version. Westin Mumbai Garden City is among the only other restaurants that serve beef tartare in the city. But walk into Indigo or Indigo Deli and ask for a Steak Tartare and you're sure to be indulged, promises Rahul Akerkar.

Iberian ham (or Jamon Iberico), is cured in Andalucian sea salt and kept hanging for approximately three years before it is served. Now while this would not count as raw meat for food experts, neither is it cooked, boiled or steamed! "The Indian government classifies it as raw meat," says Chef Silvia Grimaldo at Vinoteca. The chef, who is referring to the strict laws our country has against importing raw meat unless it is FDA approved, says the Iberian ham served at Vinoteca is flown in from Guijuelo in Salamanca, to the west of Madrid. "My father was from the region, so I know that's where you get the best ham," she adds. This is served as an extremely thin slice of the "melt-in-your-mouth" ham with an olive on top.
Right! So the next time you want to show off your gastronomic knowledge, you know what to order. moeena.halim@mid-day.com

Origin: Venice, Italy
Available at: Indigo, Two One Two, Aurus and others

First served in a Venetian bar in the 1950s, the dish got its name from artist Vittore Carpaccio, who had a tendency to use reds (similar to the meat's hue) in his paintings. Traditionally, the dish consists of extremely thin slices of tenderloin served with shavings of Parmesan cheese, olive oil and a bed of rocket or arugula leaves. Restaurants in Mumbai also serve options such as tuna, salmon or scallop Carpaccio, for those who do not have beef. According to Two One Two Bar and Grill's Outlet Chef Mohammed Bhol, "Any meat pounded flat and raw can be referred to as Carpaccio."

Bhol serves a lightly pounded version of Aberdeen Angus beef with a house balsamic vinegar dressing, rocket leaves and slices of 24-month-old Parmesan cheese. "The idea of slicing it thin is so you break down the tissue and fibre of the meat or fish, making it easy to chew and digest," explains Chef Tarang Doshi of Indigo, who prefers to dress up the tenderloin a bit more, serving it with fried mustard mayonnaise, truffle powder, wild rocket, Parmesan and an olive tapenade. While Two One Two imports its beef from Scotland, Indigo insists on using local meat. "The meat has to be absolutely fresh. We use the undercuts of local buffalo," reveals Rahul Akerkar.

CommentsOrigin: Peru
Available at: Vinoteca by Sula, Koh and others
"Peruvian cuisine has keen Japanese and Polynesian influences," reveals Chef Paul Kinny of InterContinental Marine Drive's restaurant Koh. According to Kinny, Peruvians began eating raw fish in the form of ceviche or tiraditos (different in the way the fish is cut and served) thanks to Japanese immigrants. Ceviche, he explains, has very thinly sliced fish served with a tiny bit of citrus (or another acid such as vinegar). Vinoteca by Sula serves locally sourced Kingfish, which is finely diced (not sliced), with a drizzle of lemon, sweet lime and orange juice as a tapa. Tuna, salmon and other varieties are widely available across the city, but Chef Ian Kittichai's version served at Koh has a rather interesting Thai twist to it. Sliced onions, both raw and browned, Thai roasted chilli powder, mint and kaffir lime leaves adorn a paper thin slice of Japanese Yellowfin Tuna "to be eaten the minute its brought to your table," warns Kinny.