Puratan By Gourmet Planet: A 14-Course Dinner Featuring Ancient Recipes From Around The World 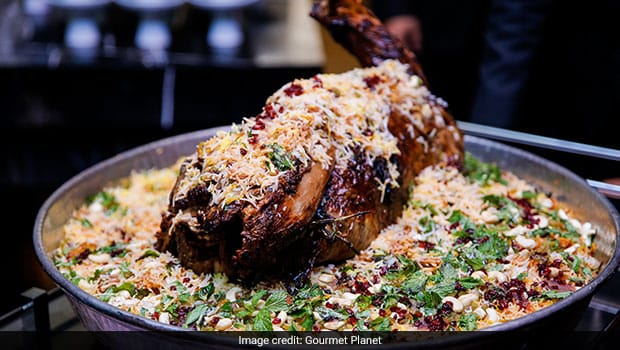 We often fail to realise how important and how complex the history of even common dishes can be. What you eat today has gone through several stages of reimagining and revision, before it appeared in its present avatar on your plate. Food bears the imprints of changes in history, culture and economy, as prominently as all other aspects and objects in our lives and this is why tracing the roots and history of any particular dish can be difficult. One can then imagine the kind of research and gargantuan effort that it would take for someone to re-create the dish that Julius Caesar is said to have created for his wife Queen Cleopatra or a dish that young Tutankhamun might have favoured. This Herculean feat was accomplished by Chef Shiv Shankar for the exclusive dinner event Puratan- a 14-course dinner that consisted of ancient recipes from Mesopotamia through Egypt, Greece, Rome, India, China, Israel, Persia and Japan.

Chef Shiv Shankar is the author of 'The Brahmin Butcher's Diaries' and is the only Ancient Cuisine Reconstructionist in Asia. For Puratan, which was organised by Gourmet Planet at The Lodhi, New Delhi on November 23rd, 2018, Chef Shiv Shankar, Chef Pankaj Sharma and the hotel's team, curated a 14-course menu, which began its journey in 3500BC Mesopotamia and took the guests through seven ancient civilizations, epic periods and a time line of 3500 years. Some of the historical figures whose purported recipes were featured in the Puratan menu included Julius Caesar, Cleopatra, Sephardim Jews, Emperor Ch'ien-lung - Qing dynasty, etc.

An Exquisite Menu For Gourmands

The menu was designed to include a number of different kinds of flavours, tastes and various techniques of cooking with meats and spices. It began with Maricha Dughdam - a spicy concoction made from milk infused with long pepper, which was apparently consumed in the monsoon and winter seasons in India during the Epic period. The recipe is said to be great for detoxifying the respiratory system, increasing appetite and relieving joint pain.

Also Read: #NewMenuAlert: The Trial Box Is Offering Gourmet Experience At Your Door-Step,Have You Tried It Yet?

From Borscht, the Russian beet soup said to be popular with Empress Catherine the Great, to Mastik Psari, a sea bass dish with nuts and capers claimed to be a favourite of Alexander The Great, each dish served during Puratan brought forth a piece of history with it and enhanced our knowledge of what was favourable to some of the most famous palates in the history of the world. Each course was paired with exquisite wines, which complemented the taste of the dish. The menu was as much a journey for the senses, as it was for the taste buds.

The end of the lengthy 150-minute dinner was marked by carving a whole stuffed and roasted lamb for the Persian dish Mishmishiya, which included tender meat served with Zafrani pulav. For the sweet finale, we were served with a beautifully constructed ancient Greek dessert Galaktoboureko, which consisted of semolina custard in layers of flaky phyllo pie.