Green Cardamom Vs Black Cardamom: Here's How To Differentiate Between The Two Elaichi Varieties 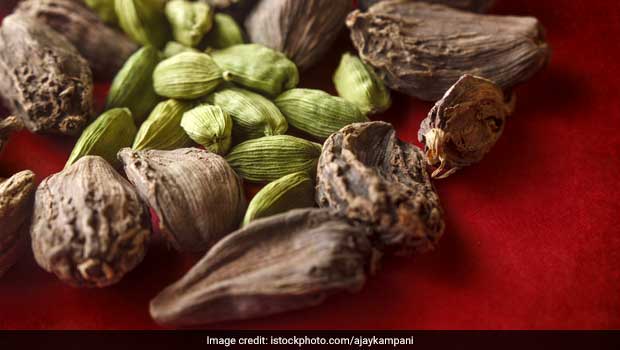 Elaichi or cardamom is one of the most common Indian spices and it features in a number of our dishes, both sweet and savoury. We add it to kheer or payasam and also use it in biryanis and pulao. Cardamom is also used to flavour our beloved masala chai and its presence in Indian desserts is almost universal. Both whole cardamom and ground cardamom are widely used in Indian cuisine and with good reason. They lend an aroma and a flavour to the dish that is unmatched and cannot be recreated by any other spice or ingredient. Cardamom also finds use in a number of home remedies to treat a number of infections from cold and cough to acidity, blood pressure and blood sugar and even bad breath. Although it's the green cardamom or chhoti elaichi that is most often used in sweets and savouries, the black cardamom or moti elaichi is equally beneficial and useful.

Also Read: 7 Interesting Ways To Bring Cardamom (Elaichi) In To Use

Apart from the very apparent differences in size and appearance, here are some basic differences between the green and the black cardamom that every cook must know about:

While the green cardamom comes from the species Elettaria cardamomum, the black or longer cardamom belongs to the species Amomum subulatum. Both the varieties are cultivated in India, but their processing methods are very different. In the case of green cardamom, the pods are harvested before the plant reaches full maturity. The pods of the black cardamom are harvested much later and are also dried over large fire pits.

Also Read: Black Cardamom For Asthma: Use This Spice To Reduce The Symptoms Of Respiratory Conditions

Black cardamom is used in home remedies in Indian and Chinese ancient medicine. The latter even uses black cardamom in treatments for constipation and dysentery. It is also believed to reduce symptoms of asthma. Meanwhile, green cardamom is also very useful for treating sleep troubles. Both forms of cardamom boost digestion and fight gastric troubles.

So now you know! It's advisable to store cardamom is air-tight containers in clean, dry and cool places in your kitchen. Keep these containers away from strong-smelling foods and other substances as they might spoil the delicate aroma of the spice.