Gudi Padwa: The Significance of The Maharashtrian Festival 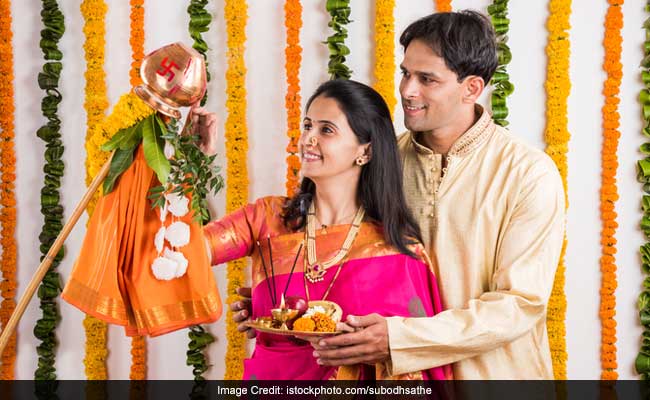 Highlights
India, the land of festivals, is ready to celebrate Gudi Padwa. Each festival, regardless of the region or the state where it is celebrated, has a beautiful seasonal, cultural or a mythological significance attached to it. The Maharashtrian festival of Gudi Padwa is celebrated as Yugadi in Karnataka, or Ugadi in Telangana and also as Navreh by Kashmiri Pandits and Cheti Chand by Sindhis. It revolves around the celebration of spring in the agricultural calendar. The date signifies the end of one season and the beginning of another. The rabi crop has just been harvested and it is time for mangoes to flood the market.

Gudi Padwa or ‘Chaitra Shukla Pratipada’ is celebrated with much zeal and fervor in the state of Maharashtra. It marks the beginning of the traditional Hindu year and the first day of the Chaitra month of the Hindu calendar. Apart from the agrarian significance, Gudi Padwa has a Hindu mythological significance too. It is widely believed that Lord Brahma created the universe on this day and that was the beginning of ‘Satyuga’. After worshiping Lord Bhrahma, devotees hoist a Gudi (doll) to invoke Lord Vishnu (the savior) to shower his blessings upon them and their family.

(Also read: Gudi Padwa and Ugadi: 10 Interesting Facts You Did Not Know)

Photo Credit: instagram/neemworldA gudi is a doll created with a bamboo stick, mango leaves, neem and adorned with a red garland. An inverted copper or silver pot is used to create its face and it is decorated with green or red brocade. The Gudi is draped with a silk cloth. The colours - yellow and red symbolize fertility and well-being. This Gudi is placed in the house or outside a window or door.

Another popular historical legend that is associated with Gudi Padwa is the victory of the great ruler Shivaji Maharaj. It is believed that on this day, Chatrapati Shivaji Maharaj hoisted his victory flag upon his territory and began the festivities of Gudi Padwa.

In terms of cosmic arrangements too, the day is especially significant for the Hindu calendar. It is believed that on this auspicious day, the sun is vertically above the point of intersection between the equator and the meridians.

Traditional Maharashtrian dishes like Puran Poli and Shrikhand are prepared in every Maharashtrian household to celebrate Gudi Padwa. Similar to Puran Poli, a stuffed parantha-type dish called Obbattu  in Karnataka and Bobbattu in Andhra Pradesh are prepared. The stuffing is made with a paste of gram flour and jaggery and it is topped with ghee or milk. Konkanis, on the other hand, prepare Kanangachi Kheer with sweet patato, coconut milk, jaggery and rice flour to sweeten their day.