Obbattu or Puran Poli: The Art of Making the Stuffed Indian Sweet Bread 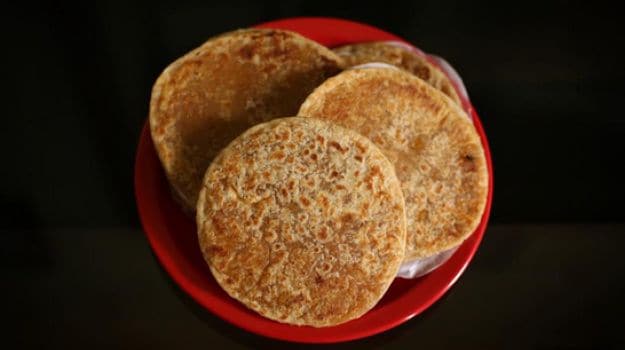 I don't know whether other countries combine flour and lentils in a sweet dish quite as deliciously as we do in India. The Parsis have their Dar ni Pori, a thick, toothsome layer of sweetened toor dal ensconced within a pastry shell. The Maharashtrians have Puran Poli. And in Karnataka, it is the Obbattu that takes pride of place.

But what exactly is the Obbattu? I am no expert on the subject so I turn to G. Padma Vijay, who, in her book Indian Breads: A Comprehensive Guide to Traditional and Innovative Indian Breads writes that the Obbattu is an unleavened, traditional flatbread made with maida and stuffed with sweetened Bengal gram. Ms Vijay uses the term interchangeably with Puran Poli and Bobatlu of Andhra Pradesh although according to The Art of South Indian Cooking by Aroona Reejhsinghani, Bobatlu and Obbattu are not quite the same. Ms Reejhsinghani's recipe for Obbattu calls for toor dal, jaggery, charoli, cardamom, nuts, raisins, maida (and gram flour) and a pinch of saffron. What intrigued me is that her Obbattu also contains finely-grated coconut.

After I read this, I combed the Internet and asked my friends for their recipes of Obbattu. It emerged that there are various versions of the dish. Ms Reejhsinghani's recipe is a popular version. There are versions made only with dal and only with coconut (holige?). A friend swears by his date-engorged Obbattu with which he (so he says) wooed his wife and another kneads some rava (sooji) into her dough. One of the recipes I found online used turmeric, presumably to impart a golden hue to the pancake. I heard plenty of stories about moreish Obbattus prepared by loving mothers and grandmothers as a festive treat for Diwali and Ugadi. And over and over again, I heard that Obbattu was the same as Puran Poli except for some trifling differences (perhaps the dal filling is different?).

Now Puran Poli I have eaten by the dozen, and Obbattu only rarely but I do remember thinking that the Obbattu is thicker than the Puran Poli and tastes a little different too. I searched in vain for a restaurant serving Obbattu in Mumbai but Bengaluru is of course thick with them. If you are comfortable with eating off the road, V V Puram's famous Food Street used to have a vendor who sold excellent Obbattu, waif-thin and melting with ghee. If you prefer your food in more salubrious environs, you may visit Mane Holige. At Mane Holige, you get the traditional dal and coconut flavours, but also a clutch of more modern iterations - carrot, fig, dry fruits, even a gulkand version. Often, the Obbattu is eaten together with the sambhar-like saaru (Holige Saaru). After the toor dal is cooked for the Obbattu, the residual liquid is used to prepare the saaru - such a serendipitous combination that avoids wastage.

Unluckily, I am not a Bengaluru-dweller. This meant that I had to make my own Obbattu and I used the recipe I found in Ms Reejhsinghani's book, with a few additions and subtractions of my own.

The first thing I did was leave out the 100g flour, for the simple reason that I didn't have any at home. I added in 1 tsp of turmeric powder to the atta as well, some water and a little oil to make it easier to knead. I also added a pinch of salt.
When it came to the stuffing, I had to do without the saffron essence. I didn't put in any nuts, charoli or raisins either, which made the Obbattu considerably less lavish than the one Ms Reejhsinghani envisioned. But no matter. Ms Reejsinghani uses ghee for cooking, but I substituted it with oil and added a dollop of ghee just at the end, for flavour.

A photo posted by Samantha castellino casselman (@samanthacastellinocasselman) on Oct 29, 2015 at 11:30pm PDT

So here's the recipe I finally used –

I soaked the dal for a little while and in the meantime, went to work on my dough. I added the maida, salt, turmeric and water (it was about half a cup, or less) to knead the dough. As I kneaded, I kept adding oil into the mixture whenever it got too sticky. I ended up using 2 tbsp. You can use ghee instead. Once the dough has been properly kneaded, let it rest for 2 hours (at least. You may even rest it overnight).

For the stuffing, I cooked the dal in an open pan with lots of water (5 cups approximately), until tender but not mushy. Then drain the water and use it to make the accompanying saaru, if you wish. Let it cool and then grind together with the coconut, the jaggery and the cardamom, without adding any water until it becomes a smooth paste.

Next, I stirred the mixture on a low flame until it became thicker, then let it cool. Then I divided the dough and the dal-coconut mixture into equal portions, and made little balls of them. Next, I rolled each sphere of dough like a puri, placed a sphere of stuffing on it and then covered it with the dough. On greased butter paper, I carefully rolled out the sphere into a chapati size, then cooked it on a greased tawa until golden, adding oil round the edges as it cooked. Once it is golden-brown, take it off the flame and serve with a blob of ghee for an addictive, unctuous treat.

Promoted
Listen to the latest songs, only on JioSaavn.com
About the author: Meher Mirza is an independent writer and editor, with a focus on food and travel. Formerly with BBC Good Food India, she loves anime, animals and artsy things but also comics, technology and death metal.