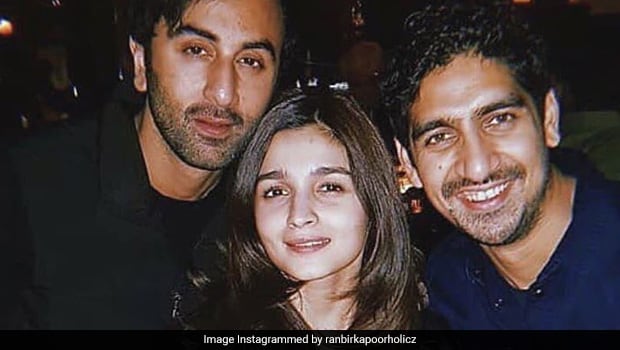 Bollywood actor Alia Bhatt is celebrating her 26th birthday today. The spunky diva has delivered hits after hits in the recent times and has rightfully claimed her place among the top lot in Hindi film industry. Bhatt is not only known for her amazing acting chops, but she also has an unmissable charm and a wit that has made her a hit among young cinegoers in the country. In 2019, Alia has already garnered much praise for role in 'Gully Boy', where she played the character of the feisty Safeena, opposite Ranveer Singh. The movie has been a superhit among critics and fans, and has also been performing well at the box office. Alia stars in two more films that are set for release this year - the multi-starrer 'Kalank' and 'Brahmastra'.

We got no more than just a tantalising peak at Alia Bhatt's roles in these two films, but we're already excited to watch them. With so much to celebrate, Alia's 26th birthday was bound to be a happy one. The friends and family members of the diva threw her a midnight birthday bash and pictures from the party have been going viral on the internet. Bhatt's mother and yesteryear's Bollywood actor, Soni Razdan, shared a picture of Alia's birthday cake on her Instagram stories and the cake was ordered from none other than Pooja Dhingra's Le 15 Patisseries, which is a hot favourite among celebs.

Also Read: Brahmastra Actor Alia Bhatt Revealed The Secret To Her Glowing Skin And It's So Simple!

A video from the party has also been doing the rounds on Instagram. The video shows Alia Bhatt cutting three different and delectable-looking birthday cakes at the same time, while her friends sing the birthday song for her. Take a look:

Well, that's a great kick-start to a birthday we'd say! We wish Alia Bhatt a 26th happy birthday and hop she keeps wowing us with more superb performances.