Everyone wished Tahira Kashyap on her special day, but what caught our attention was the fact that she had two cakes on her birthday! 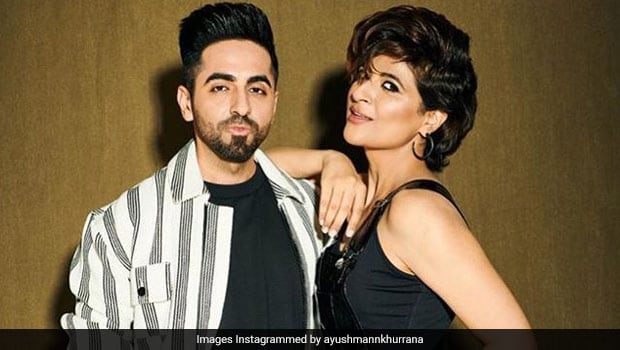 Ayushmann Khurrana and Tahira Kashyap are one of the cutest couples of Bollywood. Their relationship has stood the test of time, and through each obstacle they have come out stronger, together. Filmmaker Tahira Kashyap's birthday on January 21, 2020 was a reason to celebrate the wonderful bond that they share. Ayushmann Khurrana recently released the trailer of his new film 'Shubh Mangal Zyada Saavdhan', and amidst positive reactions on the trailer, the actor took some time out of his schedule to celebrate his wife's birthday. He even posted a picture of Tahira on Instagram:

"Tahira means pure and virtuous. That's what you are," wrote Ayushmann Khurrana. He further went on to describe how they had just moved to Mumbai and it was the couple's first year in the city. The actor recalled how they had to clean the entire house by themselves as their house help had gone on leave. "You changed my perspective towards life and love. Happy bday love."

Tahira Kashyap celebrated her birthday with family, friends and loved ones in attendance at the couple's home in Mumbai. The bash was attended by Ayushmann's brother Aparshakti Khurana, as well as several Bollywood actors such as Sanya Malhotra and Nushrat Bharucha. The actors all wished Tahira Kashyap on her special day, but what caught our attention was the fact that she had not one but two cakes on her birthday! Take a look:

The cake looked like a light chocolate mousse cake, with layers of dark chocolate in between the mousse. There were two cakes of the same kind that were present at the birthday party. What a simple way to make sure everyone got a bite of the same delicious cake, rather than having two different cakes of which both get left over. The cake looked soft and delicious as Tahira cut it out and gave a bite to Ayushmann. Another cute aspect about the cakes was that instead of having multiple candles, the cake had a single large candle. Tahira blew it out in a single go, as everyone in her family sang for her on her special day!

We wish Tahira Kashyap a very happy birthday, and here's wishing even more power to the couple.

Women Health: Adding Blueberry To Your Diet May Help In Muscle Growth And Repair - Study Suggests
Kriti Kharbanda's Lebanese Platter Is Giving Us Cooking Goals. Seen It Yet?