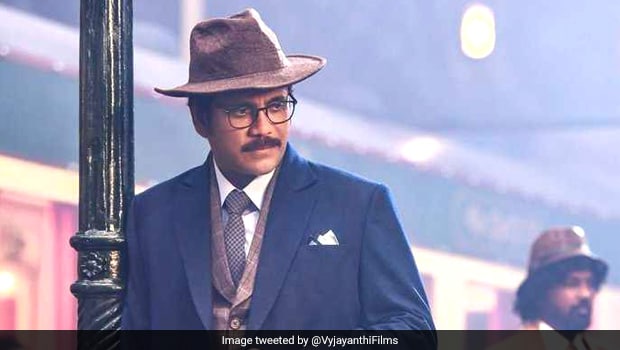 Telugu actor and producer, Nagarjuna Akkineni turns 59 today. The stalwart of south Indian cinema is truly a force to reckon with, when it comes to Indian movie industry. Akkineni's fans worship everything about the actor, from his good looks, to his superbly fit physique and, of course, to his honest performances. The actor will be seen in the much-awaited multi-starrer project DevaDas, and he recently made headlines when pictures of his look from the film were released on the eve of his birthday. The pictures went viral on the internet for the ageless quality of Nagarjuna's looks. In the pictures from the upcoming release, Nagarjuna Akkineni looks suave and effortlessly stylish, but what truly baffled his fans are his stunningly young looks. However, you just don't end up looking the way Akkineni looks, and behind his age-defying looks and fit physique is a devotion to a healthy lifestyle, which he doggedly follows. On the occasion of his birthday, we take a look at Nagarjuna Akkineni's diet and lifestyle.

Also Read: Happy Birthday Salman Khan: How Does The Sultan of Bollywood Look So Good Even at 51?

Nagarjuna Akkineni has a disciplined routine and is a big believer in following healthy habits daily, in order to stay fit and healthy. The actor is a self-confessed foodie and in a 2013 interview with IANS, he had revealed that he doesn't believe in dieting. Akkineni's passion for food lead him to open two restaurants 'N Grill' and 'N Asian', as well as a resto-bar called 'N-District', all of which are popular foodie destinations in Hyderabad. Even when he has to build a muscular physique for one of his roles, he doesn't rely on crash diets. In the 2013 interview, Akkineni had revealed that he delegates 25 percent attention to diet and 25 percent to workout, but the rest of the work is done by his small and big healthy habits that he has developed over the years.

Also Read: Diet versus Exercise: Which One Wins the Battle Really?

In the IANS interview, Akkineni had revealed that he exercised six days a week for an hour each day. Besides sticking to his workout schedule, Nagarjuna Akkineni keeps healthy by getting adequate sleep and always staying hydrated. He added by saying that he loves what he does and that is enough to help him have a sound mind, which he said in turn keeps him fit. Nagarjuna Akkineni believes in the synergy of body and mind and wholesome health, rather than just physical health.

We wish the superstar a very happy birthday and hope he keeps on inspiring us to lead a healthy lifestyle just like him!