How Restaurants in Bengal are Celebrating Poila Baisakh 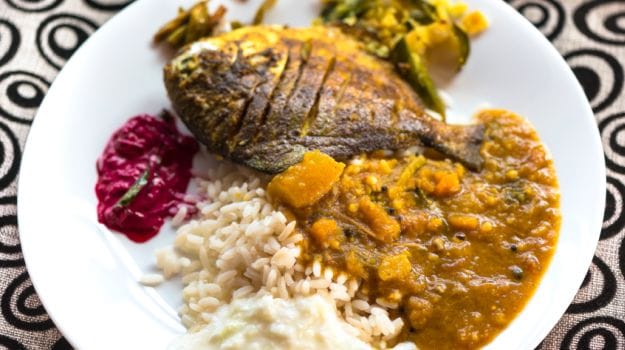 Bringing together two provinces of different frontiers, the Park Plaza introduced the 'Kapurthala to Kolkata' culinary journey where Macchi Amritsari, Masala Aloo Dum, Sarson Ka Saag will complement Chingri Malai Curry, Kadai Chicken and Doi Potol, The culinary route, reflecting the nature of both Punjabis and Bengalis to celebrate life, can be explored from April 13 to April 23. At Saptapadi Restaurant, fusion is the buzz word with typical Bengali items like Mochar Tarkari has been given a Latin American spin in 'Tex Mex Nachos With Refried Mocha'.

There are also other interesting dishes on the menu like 'Ranga Aloo, Karai Suti, Mangshor Pie' (A Scottish dish made with Bengal mutton and sweet potato served with garlic bread and house salad) along with 'Baked Dab Chingri Alaska' and 'Ilish Steak'.  The chef and co-owner Ranjan Biswas said, "Timeless songs from Uttam-Suchitra films will be played in the background while the food is served on earthenware cutlery."