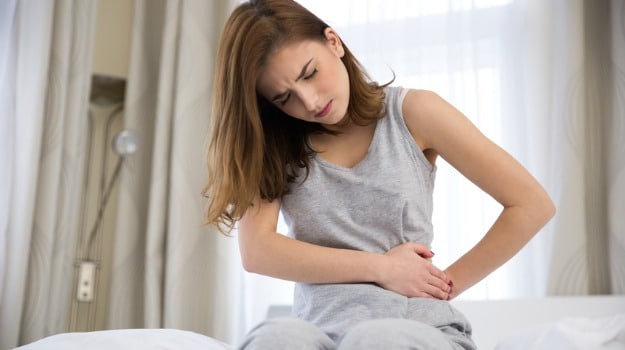 Gradually, constipation has become a common problem in a sense that most of us almost think of it as routine. Nothing else but the modern day lifestyle is to be blamed to give rise to this condition. Some of the most common perpetrators would certainly be junk food consumption, alcohol abuse, smoking and overeating. The prime causes of constipation include dehydration, an improper diet, certain medications, medical conditions, and stress. Those affected by it usually feel bloated, uneasy with the inability to pass stool easily.  Recently, a popular survey done by a global marketing research agency, 14% of India's urban population were found to be suffering from chronic constipation. The common symptoms these people experienced, besides being able to pass stool were irritability, lack of interest in work, mood swings, worry and embarrassment. Then there was also abdominal swelling, nausea, weight-loss and in some severe cases, even vomiting.

What Could Cause Constipation?

1. Change in diet - You might be eating more greasy food than usual or may have started a new weight-loss program, any change in your diet could trigger the odd bout of constipation. There are certain foods that can also bring this on: high-fat or processed food, alcohol or even too much caffeine.

2. Lack of Fluids - On days that you don't drink enough water you might be constipated. Also note that artificial beverages don't count as fluids because they actually trigger constipation instead of driving it away.

3. Lack of exercise or a sedentary lifestyle could slower your metabolism. And this could hinder digestion which could cause constipation.

4. Medication - Certain kinds of painkillers or medicines can bring your system to a halt and cause constipation. If needed, you can take a stool softener. Even vitamins and iron supplements could create a problem and if they do, you should check with your doctor.

Painkillers may bring your system to a halt and cause constipation.

Here's a bunch of home-remedies that'll put your system back on track in no time:

Loosen Up - This is probably the most well known cure for occasional constipation. Take some warm water and add lemon juice and honey to it. Lemon is a stimulant for your digestive system and can help flush out toxins. Honey cuts the sour taste and some researchers believe that it works as a mild laxative. You could also use some salt instead of honey for two reasons: salt is rich in magnesium which encourages contraction of the bowel muscles and two because it helps flush toxins from the stomach and small intestine.

How to have it: Warm some water and add about 1 teaspoon of lemon juice and half a teaspoon of honey or a pinch of salt.

(Also Read: 6 Foods That Help You Poop and Relieve Constipation)

Lemon is a stimulant for your digestive system and can help flush out toxins.

Ayurveda to the Rescue - Try having two or three Triphala tablets (you could also use the powdered form) with warm water before you sleep. Triphala is made with Harad also known as black myroblan and works as a fantastic laxative. It has anti-bacterial, anti-fungal and anti-parasitic properties which makes it a great form of treatment for diarrhea and other kinds of infections as well.

How to have it: Mix one spoon Triphala powder in warm water and drink it all in one go. Don't eat or drink anything after and let Triphala work its magic through the night. The mix tastes extremely bitter and in case you have difficulty gulping it down, add a spoon of honey to it.

Grease it Right - It's important to oil the tracks and so doctors suggest you add more olive oil or ghee to your diet. Castor oil works too. It's a great laxative as it increases the movement of the intestines and helps clean them out.

How to have it: Take a spoon full of oil or use a measuring cup to be sure. Have it on an empty stomach and wait for around 8 hours or so for it to work its magic.

(Also Read: 7 Juices That Are Good to Treat Constipation)

Add more olive oil or ghee to your diet.

Get Your Fiber Fix - On an average, a woman needs around 25 grams of fiber a day and a man needs somewhere between 30 and 35 grams a day. In order to get your digestive system back on track, you must make sure what you're eating the right amount. Oats are high in fibre and so are lentils, flaxseeds and chia seeds. Prunes are also rich in fibre and a natural laxative, so you can have them as is or drink some prune juice. Raisins are another great way to get your system going. You can have them as is or soak them in hot water, crush and then eat. Dr Rupali Datta recommends you include vegetables like broccoli and spinach that are rich in insoluble fibre. She also suggests figs and honey.

A woman needs around 25 grams of fiber a day and a man needs somewhere between 30 and 35 grams a day.

Fizzle it Out - The answer lies in baking soda. When sodium bicarbonate reacts with the acids in the stomach, it produces salt, carbon dioxide and water. This facilitates bowel movement and cleanses the colon.

How to have it: Take 1 teaspoon of baking soda and about 1/4th cup of warm water. This mix also works for acidity and mild stomach pain.

When sodium bicarbonate reacts with the acids in the stomach, it produces salt, carbon dioxide and water.

The Right Diet - According to David Frawley, author of the book Ayurvedic Healing: A Comprehensive Guide, the right kind of diet would be one without oil, fat or sweets. You must also avoid things like cheese, breads, potatoes and pork. And instead, you should include warm milk, ghee, licorice tea, and ginger juice. Certain ayurvedic doctors also recommend herbs like aloe, psyllium and rose.