How to Improve Your Concentration: 9 Smart Tips 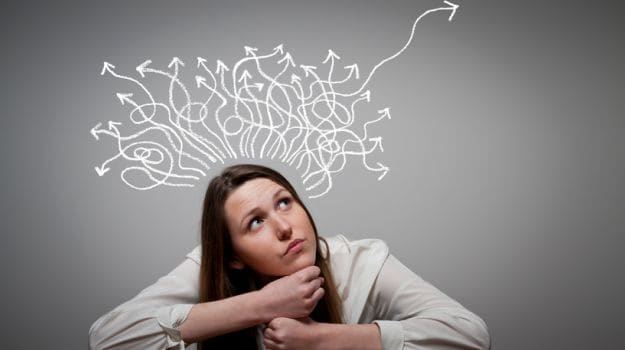 Arjuna, the great Pandava warrior, had described the mind as "strong, restless and turbulent; difficult to control, like the wind!"

How often have you found yourself staring at the ceiling or out of the window, fidgeting with your fingers or paraphernalia, paying heed to everything but the task at hand? This is more likely to happen when a person finds his or her daily schedule mundane or bothersome. Almost at all times, the person is bogged down with a multitude of thoughts from various everyday events, which reduces one's focus to that of a goldfish. He or she is unable to put in undivided concentration and as such it hampers one's performance, and evokes negative emotions like unhappiness and dissatisfaction. This is when you need to work towards improving your concentration rather than ignoring it.

Remez Sasson, author of How to Focus Your Mind and founder of Success Consciousness defines concentration as "the ability to focus your undivided attention on one single thought, action or project for a certain length of time, while ignoring distractions and unrelated thoughts."

As per modern psychologists, the mind cannot remain fixated on a solitary object for a considerable period of time. You might have come across the term "concentration span". It refers to the duration of time one is capable of devoting to a specific chore before his mind wanders off to something else.

Here are some smart tips to help you improve your concentration -

Dr. R. Nagarathna, Medical Director at VYASA, talks of 'restriction of the mental field' through continual honing of one's natural abilities through certain practices. If you are good at a particular task, do it till you become exceptionally good. If you lag behind in another, do it more often by setting certain targets for learning. Consequently, even slight success can build up your confidence and interest, thereby indirectly doing wonders to your concentration levels.

Dr. Balaram, who has completed his PhD on the "ability of yoga to increase concentration", links attention and concentration with academic achievement of healthy adolescents. He says that Bhramari Pranayama is a cost-effective means for improving performance and can potentially be implemented easily in a classroom of students. It helps in calming the mind, doing away with anxiety and rage. Further, it relieves migraines or slight headaches and brings down blood pressure. The exhalation involved resembles the typical humming sound of a bee, which explains the alternate connotation "Bee Breath".

Steps to be followed for this particular de-stressing exercise are:

A. Sit and close your eyes in a properly ventilated and quite setting. Place your index fingers on your ears, right at the cartilage.

B. Breathe in and while breathing out, press the cartilage with the fingers.

C. Keep the cartilage pressed while making a loud humming sound like a bee.

D. Breathe in again and out. Repeat the pattern for about 6-7 times.

In an article published on the website of Sri Sri Ravi Shankar's Art of Living, it lays down certain tips to be kept in mind:

- One's finger needs to be put on the cartilage and not inside the ear.

- Don't press the cartilage too hard. Gently press and release with the finger.

- Keep the mouth shut while producing the humming sound.

- Visualisations and repeated recital of mantras in japa, ajapa and ajapa-japa form.

- Focusing upon certain inner sounds (laya), and the use of external devices such as a yantra (geometric design).

- The Hathayoga asanas,kriyas and mudras, all contain a concentration point (dharana) intently held during their practice.

Researchers at the University of Melbourne say that simply looking at nature (meadows or a garden) for instance, from the window next to your work desk for 40 seconds or so, can boost concentration power tremendously. It can even be in the form a picture or a visual screen. During the study, published in the Journal of Environment Psychology, the researchers found that students, who glanced at nature-based images in the middle of a tedious task, did substantially better than the ones who didn't. This happens due to sustained attention accelerated by micro-break viewing.

Food items like blueberries, green tea, avocados, leafy green vegetables, fatty fish, water, dark chocolate, flax seeds and nuts might be said to boost your ability to focus, but Dr. Sheela Krishnaswamy, a Bangalore-based nutritionist, stresses that no single eatable can alone guarantee the same. "A wholesome breakfast is necessary to provide the energy and consequent focus throughout the day. Being the first meal of the day, it sets way for all the mental as well as physical activities. The value of a well balanced breakfast, rich in all vital nutrients like carbohydrates, proteins, vitamins, minerals and fats, can thus not be undermined in case one is aiming at improved concentration."

5. The Importance of Relaxing and Keeping Calm

Swami Kriyananda in his book Money Magnetism talks of deep concentration being possible only in a state of relaxation. Where tension exists, whether physically or mentally, there is a separate commitment of energy, like the stray strand of thread that refuses to enter the eye of the needle. Meditation is not an escape from reality but rather an enabling unit to face and overcome the challenges head-on. It further ensures inner clarity. It is this very effort to avoid thinking of more than one thing at a time accounts for higher concentration levels.

Mr. Jitin Chawla, a Delhi-based educationist and counselor, says, "Calming your nerves plays a key role. Deep breathing and meditation, followed by a determined mindset helps to concentrate better. It is to be coupled with auto-suggestion, which is a motivation of sorts to oneself - "I can do it!" "Good job" "Focus buddy, focus!" Even an environment well-suited to your needs is a determinant factor for success in concentrating. The surroundings need to be still and void of distractions like cell phones.

Penning down all that needs to be done and accordingly chalking out a schedule is imperative. But mere paper work won't do, one needs to adhere by the time allocated to each task. This kind of regularizing automatically trains the mind after a few days. "Foreknowledge of the time table results in rigorous training of the mind, which in turn improves concentration," says Mr. Jitin Chawla, a Delhi-based educationist and counselor.

Once you become familiar with your goals (mainly short term), it is easier to concentrate. A focused mindset with willpower is the stepping stone for success. It works on the principles of Russian physiologist Ivan Pavlov's classical conditioning theory. So when you condition your mind, it functions better in that manner.

Dr. B.N. Gangadhar, Director, NIMHANS, says, "Concentration is a process that helps sustaining attention to a task. Concentration works depending on how appealing the task is. To make it interesting, the effects of the task should be relevant as well."

Parallel attention to other issues could be distracting. However, such intrusive parallel issues are decided by their emotional influence. Detaching emotionally from such issues needs training. Chanting 'OM' helps in 'cooling' certain brain centers that tone up emotions or you can even turn to music therapy.

Swimming, skipping and even playing with others (basketball, volley ball etc) are effective ways to improve your concentration. Trataka is a traditional practice that some physicians advice as an additional exercise. It is a form of meditation that involves staring at a single point such as a black dot or candle flame for 30-40 minutes. It is said to stimulate the 'third eye', bringing your mind to a state of awareness. Thus helping in improving focus and concentration.

So put away that coffee mug hoping for concentration boost and get going with these simple brain tricks.