Tonic Water: Is it Good For You? 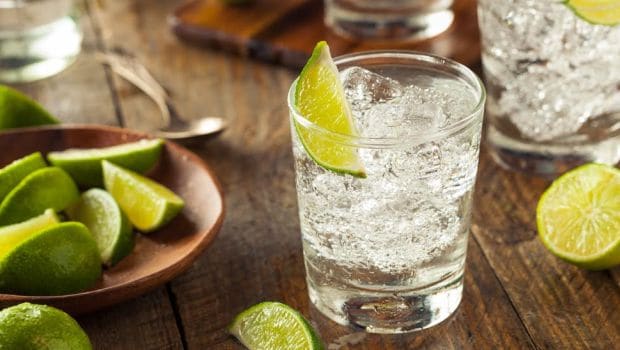 Highlights
Tonic water started out as a medicine for malaria

Tonic water reached us Indians in a most circuitous fashion. The possible story of its origin is rather fascinating, and twined through with the Incas, Spanish colonists, British colonial rule, and malaria. Yes, malaria. Well, let us begin at the beginning.

A long time ago, the Peruvian Incas ruled over one of the largest empires of pre-Columbian America, a beautiful, thriving, successful and powerful empire, until the Spanish invaders colonised it in 1572. The Incas were known for many things - a massive army, excellent agriculture (including terraced system of farming), well-developed roadways that criss-crossed the entire kingdom, exquisite architecture (Macchu Picchu, for example), a centralized religion, and one language, all of which helped in binding it into a cohesive kingdom.

However, a smaller (yet more relevant to our story) achievement of the Incas, was the discovery of quinine, from the bark of what the Spanish called the Cinchona tree. This was a discovery made by the clever and intrepid Incas, who realized that when the bark was powdered and transformed into a sort of medicinal tea, made with hot or cold water, it stopped the shivers that came with malaria, and reduced the fever.The Spanish colonists and the Jesuit missionaries noticed. They brought it back with them to Europe, where it became quite the hit as a malaria preventative. The English, specifically those of the East India Company who were riddled with mosquitoes and malaria, took to this bitter quinine tonic in a big way. They added to it sugared carbonated water, a novelty at the time, to make it a bit more palatable (voila! Tonic Water), and took to quaffing it with gin, which was widely drunk at the time. Tonic water soon became less of a medicine and more of a party drink, drunk at sundown, since the British developed quite a taste for the bitterness.

Tonic water has a bitter taste that comes from quinine

According to Scott C Martin, who wrote The SAGE Encyclopaedia of Alcohol: Social, Cultural and Historical Perspectives, this yen for the bitter tonic water was seeping all across Europe and the USA. Quinine was being used to "flavour vermouth, Italian bitter liqueurs called amari, French bitter liqueurs called quinquinas, numerous brands of cocktail bitters, and the soft drink Moxie, which was invented in Maine in the 19th C. The British drank the gin and tonic for the same reason as we do now: the taste," he writes.

And that is how, in the 19th C, the gin and tonic was born. It soon became an iconic drink of the British Empire, so much so that it even featured in those James Bond classics, Doctor No and Goldfinger.

The Advantages and Disadvantages of Tonic Water

Thus, we see that tonic water's saving grace was the battling of malaria. Today, though, medicine has moved on and quinine is not used quite so widely to treat malaria. Even if tonic water was a part of your malaria treatment, you would still need to drink a vast amount of it, nearly twenty litres. This is because tonic water contains very little quinine nowadays, which is just as well, since it comes with a laundry list of side effects, including allergies and kidney damage (worst case scenario, of course).

One of the worst things about tonic water however, is that it is pumped full of sugars, in the same way any soda is. It is not in any way, a healthier alternative, to colas and other sugary drinks. It is more or less, just sweetened soda, with a little quinine added to it. Many brands also add synthetic quinine, which means that the flavour changes more and more from the drink that the British drank.

Jeffrey Morgenthaler, in his book The Bar Book: Elements of Cocktail Technique, talks about his attempt to replicate tonic water in his kitchen. "I began my first experiments with house-made tonic water in 2007," he writes. "I was looking for a tonic with more assertive flavours and natural ingredients than those found in commercial tonic water. A glance at the standard-issue tonic available at most bars and restaurants reveals the lack of flavour even before you open the bottle. Just look at the ingredients: water, high fructose corn syrup, citric acid, sodium benzoate and quinine. I thought we could do better."

Eventually, after much experimentation, he falls upon a recipe that he believes works best for him -- one part quinine tincture to three parts soda water.

Around the world, a clutch of tonic water-making companies have sprung up. They eschew the vast quantities of sugar and synthetic quinine that is favoured by most commercial companies, and proffer a totally different brew made from more 'natural' ingredients. One of these is Q Tonic Water; the website talks about "sourcing the absolute best ingredients" to come up with a "spectacular tonic water" that is "less sweet and made from real ingredients."

Unfortunately, Q isn't available in India, and I am not sure what other tonic water brands are (other than Schweppes, which is available everywhere). I do know that one of UK's premium brand, Fever Tree, named for the quinine-providing cinchona tree, did make its foray into India a couple of years ago. The Fever Tree website tells us that "co-founders Charles and Tim have traveled to some of the most remote, beautiful, and sometimes dangerous, regions of the world to source the highest quality natural ingredients from small specialist suppliers." This includes Congo for quinine, Cochin ginger from...well...Kochi, and bitter orange from Tanzania.