How To Ice Cupcakes: Easy Tips And Tricks To Ice Your Cupcakes Like A Pro 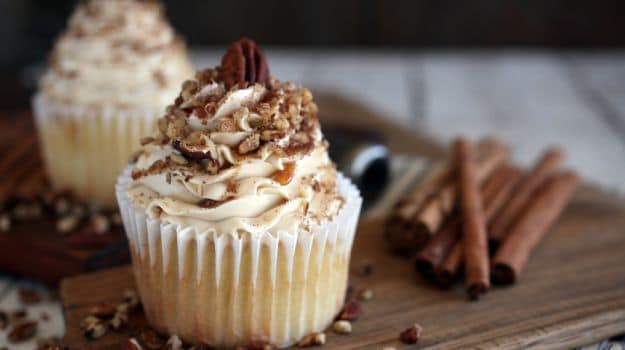 Fancy, sugary and mystical cupcakes are as much of delight to watch as they are to eat. Also known as fairy cake in England and patty cake in Australia, these little cakes originated somewhere in eighteenth century. Experts claim that it was in the year 1796 that the world awoke to the first recipe and description of "a light cake to bake in small cups." The recipe was recorded by the book 'American Cookery' by Amelia Simmons and since then these dainty cakes have been the reason of joy and cheer for many across the globe. The peculiar nomenclature has a sweet history too. Before muffin tins were widely available, these bite-sized cakes were often baked in individual pottery cups, ramekins, or moulds and, therefore, came to be known as cupcakes. Even after the advent of muffin tins, the name stayed and every small cake, which is the size of a cup is called a cupcake. Did you know that cupcakes were also referred to as 1234 cakes or quarter cakes? This number basically signifies the measures of the ingredients in the recipe - 1 part butter, 2 parts sugar, 3 parts flour and 4 eggs. It was an easy and convenient way to remember the recipe for people who soon started baking it in bunch. By the 19th century, cupcakes became a mainstay of all bakeries across the U.S and Europe, and it didn't take them much long to find global fandom too.

Let's admit it, for most of us the star of the cupcake is always its icing. Without its pretty frosting, it would just be any miniature cake. Such is the power of icing, if you are willing to experiment you can add so much volume and value to your cupcake. Icing cupcakes is not difficult at all. For that you need few basic ingredients, patience and dash of creativity, which you will master in due course of time. Once you've learnt how to make icing, you can set your creativity free and whip up some deliciously striking cupcakes at home (Read sprinklers, candies, toppers and vivid colours).

Here are some expert tips on how to ice cupcakes

How To Ice Cupcakes: How To Make Perfect Frosting

The icing that one usually sees on cupcake is buttercream icing or frosting. It is visually more appealing and fluffy. For classic vanilla frosting, follow this step by step tutorial. This recipe is easy to whip up at home without you needing to put in much effort.

How To Make Icing For Cupcakes:

How To Ice Cupcakes

What would you need

How to ice cupcakes: 3 Ways

If you want a circular rose like frosting on your cupcake. hold the piping bag above the centre of the cupcake and pipe your way in circular motion till the edges. Once you reach the edge, ease the pressure and pull up gently.

If you don't want the conical or rose swirls, you can simply ice them with the icing mixture you just prepared. Now, gently slide it over the cupcake's surface. Cover the entire surface of the cupcake with the icing.

Decorate it with sprinklers, candies and toppers.