How to Make Cold Coffee: The Ultimate Recipe 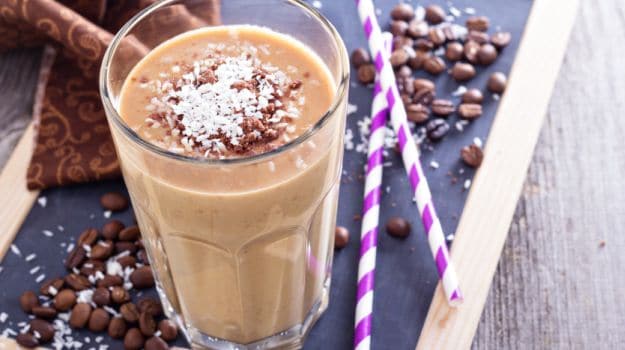 Summer beckons something cool and refreshing, and at the same time, something dark and intense. And for coffee addicts like me, there's no fixed time for cold coffee. Also known as iced coffee, my go-to summer beverage smells of inspiration and gives me that wake-up-and-seize-the-day kick even on the hottest of days. If this wasn't inviting enough for you, here's another reason why you should drink more coffee. And this one's backed more by reason than by taste. Drinking coffee before a workout facilitates fat burning by releasing fatty acids in the bloodstream!

For a long time, cold coffee for me meant mixing coffee, sugar, milk and ice in a shaker to get a cold and frothy drink. But over the years I have come to learn that cold coffee is so much more than that. And so I went on a journey that took me across the world (only figuratively) to find the best kind of cold coffee - clean, clear and fresh flavours with just the right amount of milk and a strong kick of coffee. And along the way, I came across some fantastic recipes that weren't produced by top chefs, but were invented by food scientists and coffee connoisseur, people who understood the complexity and chemistry of coffee.

Myth: Cold Coffee Doesn't Give You the Same Kind of Kick as Hot Coffee

There are a few concerns coffee fanatics have with cold coffee and one of them is that coffee doesn't work well with cold temperatures and it's incapable of extracting that dark and bitter flavour.

Cold coffee made either through the hot brew or the cold brew methods is known to be as strong as your cup of regular hot coffee. In fact, some might say that the cold brew is even stronger. How?

The Americans swear by two methods of making cold coffee and if you were to understand these methods you'd never complain that cold coffee doesn't give you enough flavour or kick.

Coffee beans contain a bunch of compounds - oils, acids, minerals, aroma etc. When coffee is brewed, it extracts these compounds giving it that distinctive flavour. Now, it comes down to the temperature of water that's used for brewing and how long it's left to brew. In the case of a hot brew, the coffee breaks down quickly, which is why it tastes strong and is full-bodied. But it also makes the coffee taste a bit acidic. The cold brew on the other hand doesn't follow any right temperature and it makes up for that with time. So essentially, both the methods work a hundred percent to achieve that perfect kick of coffee.

The hot brew method is actually the Japanese way of making coffee. For this, you need to brew dark, highly concentrated, coffee in hot water and then pour it over ice. This kills the slightly oxidised taste of coffee and leaves you with something bold, intense and refreshing.

The American hot brew method is similar to the Japanese technique whereas the cold brew method is a much longer process and requires 18-20 hours. You need to take some finely grinded coffee and put it in a tall jar. Take some cold water and be sure that the ratio of coffee to water is about 1:8. Pour this water over the coffee, cover and let it sit for around 18 hours or so. Pour it over a muslin cloth or a fine sieve, and throw away the larger granules. Add some milk into this filtered liquor and you're done!

However, the debate over which one of these two methods is better has been around for years. It is believed that if coffee is allowed to sit for such a long period of time then it'll interact with oxygen which will eventually ruin its taste. On the other hand, in the hot brew method, the fact that coffee interacts with water when it's of such high temperature, can cause it to oxidise which might alter its taste. But some people suggest that when the hot brew falls onto ice, it recaptures all its flavour.

Joseph Rivera, a researcher who focuses on the science of coffee and is the founder of coffeechemistry.com suggests that the cold brewing method gives you an end product that has around 66% less acidity than hot coffee. And the icy serving temperature masks the acid even further. The bitter molecules break down more rapidly in hot coffee than in cold which also lends to the delicious appeal of cold coffee. (It's less bitter, less acidic and can give you more kick than a freshly brewed cup of hot coffee.)

Scientifically, I can't ascertain which one of these two is better but when it comes down to taste, the hot brew method definitely gets me going.

Cold Coffee from Around the World

When I think of cold coffee, my thoughts drift to the kind I had in Vietnam. Also known as 'Ca Phe Sua Da' it's one I absolutely adore. Don't let the name intimidate you because the recipe is actually really simple. All you need are just three ingredients: coffee, milk and ice. Though the catch is that the milk in question is condensed milk, which gives the coffee a gorgeous, creamy texture and a rich sweet flavour.

The Italians also have their own unique way of making iced coffee and to me, it seems like it was discovered by someone who had a 21st century mind. It doesn't require too much time but it does call for great efficiency. Also known as 'Caffe in Ghiaccio' (iced coffee) needs hot brew, some ice, sugar syrup and milk if you prefer it. Take simmering hot brew, add some sugar syrup into it, throw this mix on some ice and shake it hard. Don't use crushed ice and instead go for big cubes.

The Greek style of coffee is known as, wait for it, frappe. And it's one you and I are most familiar with. The key to getting a good-looking frappe lies in the process of blending. Blend the contents till you see the froth rise up to the brim of the glass. Take some instant coffee, 2-3 spoons of cold water and sugar. Mix all of this and shake the jar till it starts to foam up. Add some chilled water, milk and shake again. Personally, I feel the blender does a much better job with the froth.

There's another method I came across while I was reading Victoria Moore's article in The Guardian. She speaks of a gourmet method where you take cubes of frozen black coffee, dunk them in a jar and smash them with a pestle. Then, pour in some skimmed milk, shake, shake, shake and serve. I tried this method and it resulted in a delicious strong coffee but one which isn't too creamy.

I hope this helps you find your preferred method of making cold coffee. If you've got any of your own, please share in comments because I'd love to know.

Recipe Instructions
Take some espresso, crushed ice, condensed milk and 1 cup of regular milk.
Throw them all in a blender.
Blend it for a few minutes and served chilled.