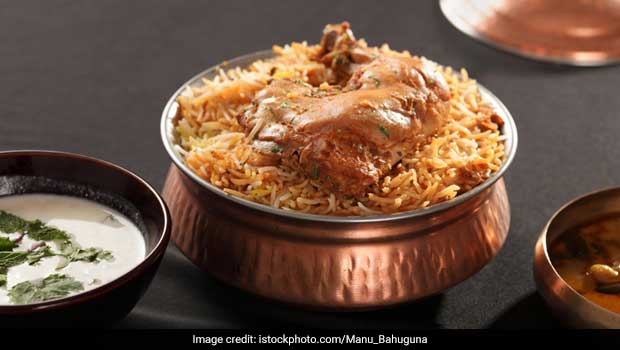 Biryani is perhaps one of the most-loved dishes by Indians. The rice dish has a number of regional variants from Hyderabadi to Lucknowi biryani and is usually served with meat like fish, chicken or mutton. Indians have a robust appetite for all kinds of biryanis and recently we just got proof of just how popular the dish is, at least among Hyderabadis. A restaurant in the city has gotten itself a mention in the Limca Book of Records 2019 for managing the commendable feat of serving 70,44,289 biryanis in a year. Paradise Food Court in Hyderabad shared the amazing news on its twitter page. The restaurant said that they served the whopping number of biryanis between January 2017 and December 2017, for which they have been entered into the Limca Book of Records.

The restaurant has earned its place for "Most Biryani Servings Sold in a Year", said the tweet. Paradise Food Court was honoured for their achievement at the Asia Food Congress, held in Mumbai. The chairman of the restaurant was also honoured with the 'Lifetime Achievement Award' during the same event. The restaurant has outlets in Bangalore, Chennai and Vishakhapatnam, besides Hyderabad, and according to their website, the restaurant chain started as a small 100-seater outlet in the early sixties. They now have their outlets in multiple locations in the above mentioned cities. Paradise biryani is also known far and wide for great taste and authentic flavours.

Besides a range of vegetarian and non-vegetarian biryanis, Paradise Food Court also serves a wide variety of soups, starters, kebabs and even Chinese food items. Biryani is a mixed rice dish which is prepared by slow-cooking basmati rice with any meat that is marinated in curd and a number of aromatic spices. The dish is popular among meat-eaters across India, as well as among the Indian diaspora around the world. Kolkata biryani, Hyderabadi biryani, Lucknowi biryani, Tehri biryani, Malabar biryani are some popular varieties of biryanis served in states across India.

Have your tried Paradise biryani? Let us know what you think about it, in the comments section below!