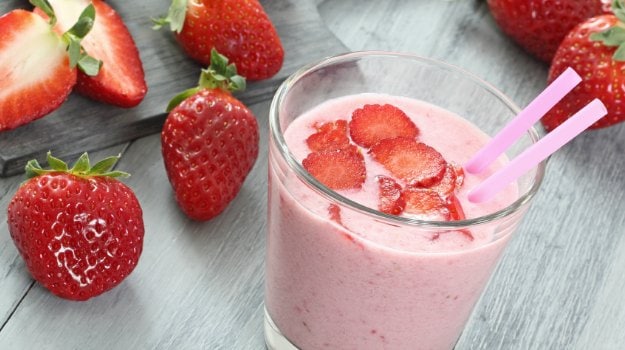 High blood pressure or hypertension is a condition where the pressure of blood against the vessel walls is persistently high. Blood pressure around 120/90 is considered normal, but when it shoots above 140/90, it may cause complications including heart diseases and even stroke. What makes high blood pressure so dangerous is that it usually has no discernible symptoms. However, the condition is treatable with the help of medication, exercise and a healthy diet that is low in sodium and fat. There are certain foods and drinks that may help in managing the condition and regulating blood pressure by complimenting the medication. A new study has indicated that consuming flavonoid-rich foods like blueberries and strawberries may help hypertension patients. This benefit of these compounds is credited to their vasodilatory properties.

The study was published in The American Journal of Clinical Nutrition and it was titled, "Habitual intake of flavonoid subclasses and incident hypertension in adults". For the study, researchers analysed data of over 1 lakh women and 23,043 men from three different studies. The researchers looked at the intake of flavonoids and its subclasses in the participants based on their responses. They were followed up for 14 years and during this period, 29,018 cases of high blood pressure in women and 5,629 cases of hypertension in men were reported. The study reports, "...participants in the highest quintile of anthocyanin intake (predominantly from blueberries and strawberries) had an 8% reduction in risk of hypertension..."

Among the participants, the researchers noted that the top foods and drinks that contributed to the total daily flavonoid intake include tea, apples, orange juice and strawberries. The study report said, "Flavan-3-ols were predominantly consumed from tea, whereas blueberries and strawberries were the main sources of anthocyanins, and citrus fruit was the main contributor to flavanone and flavone intakes." Researchers concluded by saying that although the research supports the hypothesis that flavonoids have anti-hypertensive properties, further investigation could be conducted and more studies could look into optimal daily doses of anthocyanin-rich foods to prevent hypertension.