Indian Cooking Tips: How To Make Chettinad Masala At Home

The flavourful cuisine packs a mix of both non-vegetarian and vegetarian dishes. Due to its proximity to the sea, Chettinad cuisine is studded with a robust range of fish preparations that you must try too. 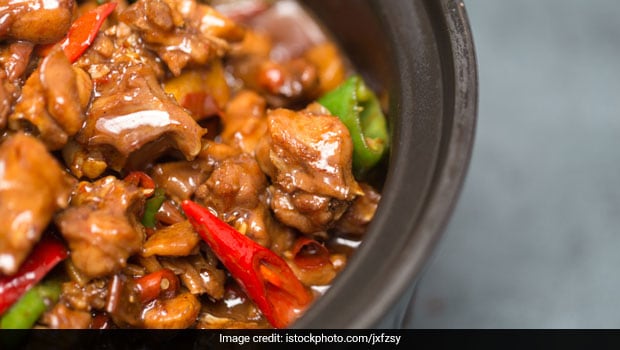 The famed Chettinad curries are fiery and a riot of flavours

South Indian cuisine is often misrepresented in popular culture. It is true that dishes like dosa and vada have obtained global fame, but that's definitely not all that is there to the cuisine. There are multiple districts and towns within Tamil Nadu that are renowned for their signature delicacies. Take, for instance, the Chettinad cuisine. It refers to the cuisine of a community called the Nattukotai Chettiars, or Nagarathars belonging from the Chettinad region of Tamil Nadu. The rich interplay of spices and use of local, fresh ingredients makes the cuisine one of a kind. Some of the famous Chettinad preparations are Chicken Chettinad, Palkatti Chettinadu, Paniyaram, Vellai Paniyaram, Kozambhu, Urlai Roast and Vellai Kurma. The flavourful cuisine packs a mix of both non-vegetarian and vegetarian dishes. Due to its proximity to the sea, Chettinad cuisine is studded with a robust range of fish preparations that you must try too.

The famed Chettinad curries are fiery and full of flavours; you have to try them once to understand how evolved they are. Sure, you can always go to your favourite restaurant and enjoy the delicacies, but there is nothing like tearing into a homemade scrumptious Chettinad chicken. If you are wondering, how you would make the signature Chettinad masala, look no further. We have a Chettinad masala recipe that could help. Traditionally, this spice mix is made with spices that are ground using grinding stone, but you can also mix these spices using a blender. In addition to the 'common' spices, the Chettinad fare also uses dried flower pods, and kalpasi (black stone flower) that gives their gravies a strong and distinct flavour. India is famous for its spice mixes. Garam masala, goda masala and Bengal's paanch phoron are some of the classic spice blends.

This recipe of Chettinad masala by Chef Niru Gupta is an easy-peasy way to spruce up your vegetarian and non-vegetarian delicacies. For making the masala you would need:

Additionally, you can also try these toothsome Chettinad recipes. Let us know how you liked them in the comments section below.