The Aromatic Tale Of The East Indian Bottle Masala

The bottle masala is born of many spices, all sun-dried, roasted, pounded and bottled together. How many spices? The estimate varies depending on who you ask; it goes anywhere from 25 to 30 to 60 ingredients 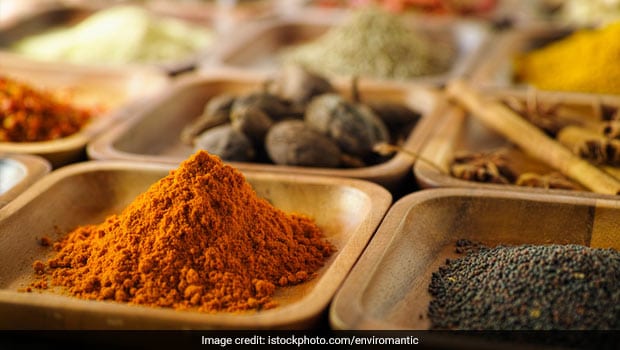 Highlights
Our story begins centuries ago, when the East India Company had tightened its claws over India in the 17th century, specifically western India. The British hadn't yet grasped the whole of India, and pockets of Portuguese influence (in the northern parts of the Konkan belt, such as Bassein) still glowed strong. Many of the inhabitants of these pockets were converted to Christianity by the Portuguese, all the while holding close their Konkani culture. Then the English came, with their lure of jobs for English - speaking Indians. Their felicity with the English language assured them good positions, but they needed to stand out from the Goan and Mangalore Christians and the local Mumbai inhabitants, so they took to calling themselves East Indians, after the East India Company.

The East Indians developed a wonderful syncretic culture - one that held on to its original Konkani customs and rituals, while absorbing elements from the foreign one. They had a rich culinary culture as well, preparing distinctive dishes such as lonvas and khuddi (traditional curries), aps (a type of bhakri), arros (a rice preparation) and moile. Alcohol was also an integral part of the culture, such as toddy, khimad (a sort of coconut-based country liquor) and wines made from currants, beetroot and rice. The cuisine was very much a mixture of Indian and Western dishes. But perhaps the most well-known and simultaneously the most intriguing item that came from the East Indian kitchens, is the bottle masala, which appears almost untouched by long years of colonialism.

How to Make Bottle Masala

The bottle masala is born of many spices, all sun-dried, roasted, pounded and bottled together. How many spices? The estimate varies depending on who you ask; it goes anywhere from 25 to 30 to 60 ingredients, including somewhat odd ones such as stone flower (a type of lichen), mugwort (maipatri) and nagkesar bulbs. Bottle masala goes into many East Indian dishes, and because it is not terribly aggressive, it works to bolster many, many types of dishes.

The masala is made in the hottest, driest days before the monsoon. Years ago, it used to be a common sight to see a clot of East Indian women sitting in their yards, roasting the spices on a wood stove (chul), pounded in a mortar (forma). The whole process could take three to four days and is time-consuming and labour intensive, which is possibly why, many East Indian ladies (especially elderly ones who don't have the strength and wherewithal to go through the process, working women etc), tend to hire groups of ladies, masalawaalis, to come home and do the job for them. Many are from the Agri community, one of Mumbai's original inhabitants. This too, is becoming uncommon, and lots grind their spices in machines now.

Once the masalas are ready, they are stored in coloured bottles, usually beer bottles, to protect the spices from wilting in the harsh sunlight. These bottles serve the East Indian families for a year, right up until the next summer, when it is time to go through the whole process once again.

Chitrita Banerjee, in her fantastic Eating India: Exploring the Food and Culture of the Land of Spices, makes an interesting point about the uniqueness of making this masala. "I write a retrospective eye over three Indian cuisines, geographically close to each other - Gujarati, Goanese (sic), and Bombay East Indian," she writes. "They had many ingredients in common, yet each had their own way of applying them. In Gujarat too, the annual grinding and bottling of spices takes place in April, but each spice is kept in its own separate container, allowing the cook to make up whatever combination is required. In Goa, spices may be ground together, but they are always ground fresh, prior to cooking, instead of being pre-ground and preserved. And it seems the East Indian has a third way, preferring pre-packaged combinations."

The Ingredients of Bottle Masala

And now onto the all-important question - what are these fascinating ingredients that go into this masala? Why so much kerfuffle?

It's quite hard to find two families to agree on an ingredient list for bottle masala. The squabble starts from the chillies used - resham patti, or Kashmiri, to add the maipatri or not, whether more ingredients necessarily translate to a better masala? Still, some things are more or less ubiquitous. There are always chillies, there is always wheat, and there is always the usual litany of Indian spices such as khus khus, turmeric, coriander seeds, cinnamon, cloves etc.

Michael Swamy, the Mumbai chef who grew up eating his mum's East Indian cooking, gives two recipes in his book The East Indian Kitchen, one with easily available spices, and the other with a list of arcane ingredients tacked on. The recipe on www.bottlemasala.com gives a list of ingredients that seem easier to procure, until you get to the bottom - maipatri, zaipatri, and naikaisar are called for!

Banerjee writes, "Whatever the spice formula, East Indian food is never stinging hot like some chilli-laden dishes from Goa or the southern states; it is subtly flavourful, the spiciness mitigated by a strong European influence. Once purchased, the particular combination in the spice bottle determines the taste of widely diverse food, from fish to meat to a simple summer treat like tart, raw slices of green mango."

Where to Buy Bottle Masala

It's best to just buy a bottle from an East Indian aunty, but if you don't have access to one, Andora cafe in Bandra sells bottles, Amazon sells them too (a quick search revealed a company called East Indian Cozinha in Santacruz, another one by Geracao Food and Beverages, under the brand East Indians), and of course, there are others (of possibly varying variety). Or of course, you could just make your own. Good luck!