Infectious Diseases are Increasing Every Year 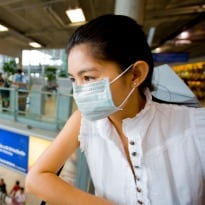 Researchers at Brown University have discovered some startling facts about the steep rise in the number of infectious disease outbreaks and unique illnesses around the globe. Their findings also show that even though the globe faces more outbreaks from more pathogens, they tend to affect a shrinking proportion of the world population.

For the study, researchers analysed more than 12,000 outbreaks affecting 44 million people worldwide over the last 33 years. They found that 65 per cent of diseases in the dataset
were "zoonoses," which means that they come from animals. Such diseases have caused about 56 per cent of the outbreaks since 1980.

According to Katherine Smith, Assistant Professor of Biology and Co-lead Author of the study, "We live in a world where human populations are increasingly interconnected with one another and with animals - both wildlife and livestock - that host novel pathogens. These connections create opportunities for pathogens to switch hosts, cross borders, and evolve new strains that are stronger than what we have seen in the past."

The team worked to derive quantifiable data from the prose reports of outbreaks stored in the Global Infectious Disease and Epidemiology Online Network (GIDEON). They developed a 'bioinformatics pipeline' to automate the creation of a database comprising of 12,102 outbreaks of 215 infectious diseases involving 44 million cases in 219 countries between 1980 and 2013. The raw numbers showed a steep rise in the number of outbreaks globally."GIDEON defines an outbreak as an increase in the number of cases of disease beyond what would normally be expected in a defined community, geographical area, or season," said
co-lead author of the study, Sohini Ramachandran, assistant professor of biostatistics.

Between 1980 and 1985 there were well under 1,000 such instances, but for 2005-10, the number surged to nearly 3,000. In the same timeframe, the number of unique diseases climbed from being less than 140 to about 160. Smith and her colleagues are of the view that the increase could be due to factors such as better reporting of outbreaks and information sharing. To account for that, they paired the outbreak data with data on each country's GDP, press freedom, population size, population density, and even Internet use (after 1990).

The study concludes that the number of outbreaks and unique causes have risen significantly over the past 33 years. However, global improvements in prevention, early detection, control and treatment have reduced the number of people being infected.