Is it Really Safe to Consume Fish Rich in Mercury? 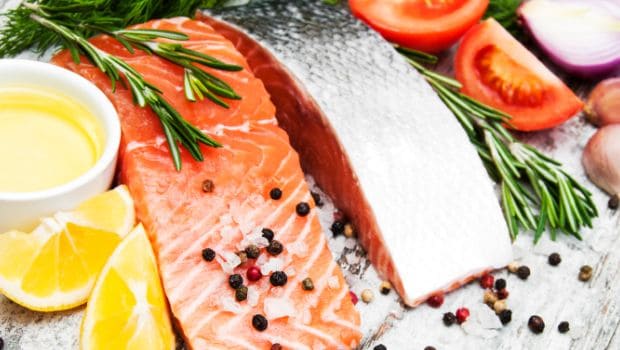 Highlights
While there's so much being said about red meat being unhealthy and the abundant use of antibiotics in chicken, more and more people seem to be turning to seafood - fish being most consumed. But here's some bad news that will compel you to think about the food choices you make. According to a new study, eating fish rich in mercury may increase the likelihood of developing amyotrophic lateral sclerosis (ALS). ALS, also referred to as Lou Gehrig's disease, is a progressive neurodegenerative disease that affects the nerve cells in the brain which takes away their ability to interact with the body's muscles.

Promoted
Listen to the latest songs, only on JioSaavn.com
Many fish such are  marlin, tuna, shark, swordfish and king mackerel concentrate high levels of mercury in their body. Mercury being a heavy metal is known to be high in its toxic content which causes damage to brain, heart, kidney, lung and immune system. Mercury is highly found in swordfish and shark whereas its content in other fish like salmon and sardines is generally low.

In order to find a link between ALS and the consumption of mercury rich fish, the team conducted a survey of  518 people, 294 of whom had ALS and 224 of whom did not. Researchers measured the levels of mercury found in toenail samples of participants with ALS. The results were presented at the American Academy of Neurology's 69th Annual Meeting in Boston and it was revealed that 61 per cent people had a 25 per cent estimated annual mercury intake. These were at double the risk for ALS compared to those with lower levels.

However, the study does not deter people from fish consumption. It does point out that eating fish and other seafood has many health benefits like being rich in the essential Omega-3 fatty acids. The study only warns seafood lovers to keep a check on the consumption of fish naturally high in mercury and be very carefully while buying fresh produce making sure it is not contaminated. "For most people, eating fish is part of a healthy diet. But questions remain about the possible impact of mercury in fish," said Elijah Stommel from Dartmouth College in New Hampshire, US.