In her latest post, Rujuta Diwekar, Kareena Kapoor Khan's nutritionist, shared details of the actor's latest desi feast in Punjab. On her plate, we see saag, roti and a bowl of white butter! 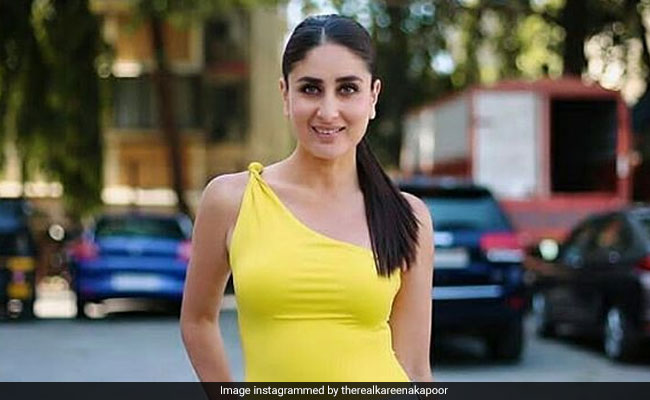 Kareena Kapoor happens to be a self-confessed foodie

Kareena Kapoor Khan created ripples in the industry with her size zero avatar back in 2008. Her penchant for Yoga inspired countless Indians to take up the ancient discipline. She captured everyone's fancy when she lost her pregnancy weight and began shooting for 'Veerey Di Wedding' within months of her delivery. Kareena Kapoor Khan has reinvented herself time and again. At 39, she is considered as one of the fittest actors of the industry. But what if we tell you that she happens to be a self-confessed foodie? In her latest post, Rujuta Diwekar, Kareena Kapoor Khan's nutritionist, shared details of the actor's latest desi feast in Punjab. On her plate, we see sarso ka saag, makki ki roti and a bowl of white butter! Yes, you heard us. The actress, who is in Punjab for a shoot, unleashed her foodie side and indulged in the state's seasonal delicacies. Saag made with a bunch of winter greens like mustard greens, methi, and spinach leaves help keep one warm and fortified with nutrients. Makki (corn) ki roti is another treat relished famously during chilly season. White butter as opposed to salted butter contains low amount of sodium and is considered good for heart. Interestingly, Kareena in one of her press conferences admitted that she loved ghee/clarified butter.

Rujuta also emphasised in her caption the importance of eating according to season. Our body finds it easier to assimilate nutrients when we eat fresh seasonal produce, she revealed. Many of traditional recipes are designed that way. This is what celebrity nutritionist Rujuta Diwekar's caption read:

"Every region has its own tradition of celebrating its seasonal produce using timeless, heritage recipes. And i strongly believe that one should follow a diet that respects that versus that which makes you feel like you have "cheated" if you eat a seasonal delicacy.

Changing the roti, sabzi and the accompaniments as the season changes, is something that we must cherish. Nutrition societies across the globe are trying to adopt this practice from ancient cultures. And on our part, we must ensure that this timeless practice is not forgotten and lost in the process of eating only meat or only soup-salad or not eating at all.

Health is not a size, it's a state. A state of harmony, in the mind and body and between people and planet. And really, all you need to do for that is to keep calm and eat makhan-roti-saag.

- This is for dinner. The Makhan, saag and roti and the quantities in the picture do NOT depict how much she eats. The pic is taken after most of it is in her stomach. Eat as per your hunger, not as per a fixed measure.

- Mein apni favourite hu is not just a dialogue; it's a way of life that encourages you to eat all that is nice.

Bookmark these tips and do not fear to go desi this season!