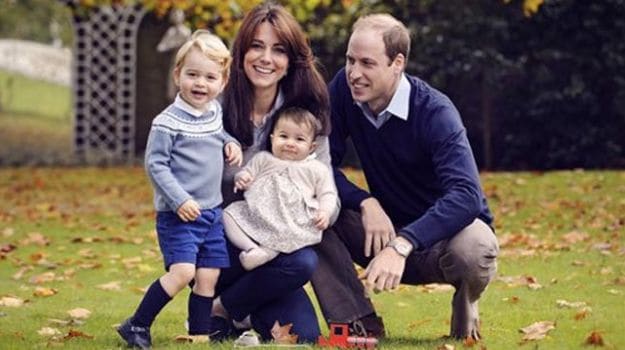 Thinking of a perfect gift for your in-laws could be brain wracking but Kate Middleton came up with an amazing answer to what should be her first Christmas present to the Queen after marriage. You'd be surprised to know that it was as simple as a homemade chutney!

In an ITV documentary 'Our Queen at 90' shot to celebrate the monarch's milestone birthday on April 21, Kate had disclosed her worries about buying Queen Elizabeth II a Christmas present for her first year at Sandringham in 2011. She eventually vowed to bring along something homemade, whipping up a batch of chutney from her own grandmother's recipe.

Speaking about the episode, Kate says she had been relieved to notice the Queen put it on her dining table the next day. In her first ever solo television interview, the Duchess of Cambridge was quoted by The Telegraph as saying, "She (the Queen) really cares."

"I can remember being at Sandringham, for the first time, at Christmas. And I was worried about what to give the Queen as her Christmas present. I was thinking, 'Gosh, what should I give her?" the 34-year-old royal says in the documentary.

"I thought back to what would I give my own grandparents. And I thought, 'I'll make her something which could have gone horribly wrong. But I decided to make my granny's recipe of chutney," she says.

"I was slightly worried about it, but I noticed the next day that it was on the table. I think such a simple gesture went such a long way for me and I've noticed since she's done that on lots of occasions and I think it just shows her thoughtfulness, really, and her care in looking after everybody," Kate adds.

The recipe is thought to have been a marrow chutney, which takes several hours to prepare. The instructions are detailed in her sister Pippa Middleton's 2012 recipe book Celebrate, entitled 'Granny's Marrow Chutney'.

The Duchess did not specify which granny passed the recipe onto her. The two-hour documentary also features contributions from Prince Charles and Duchess of Cornwall, Kate's husband Prince William, Prince Harry, the Duke of York, and Princesses Beatrice and Eugenie.

According to the Radio Times, 11 members of the royal family have given face-to-face interviews, making it "a record-breaker before a single moment is broadcast".